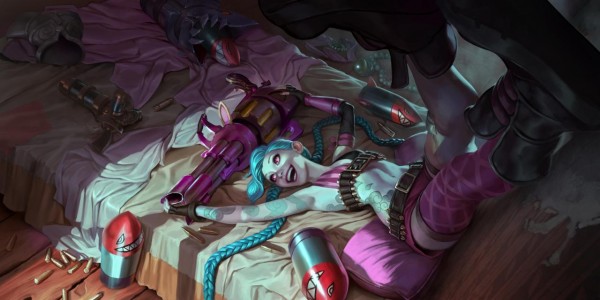 During Riot's 10th anniversary live stream, the company announced its plans of launching games across different platforms. One of these games is the Legends of Runeterra, an upcoming digital card game based on the League of Legends universe that will be available in PC, iOS, and Android.

The game is a little bit similar to Hearthstone: Heroes of Warcraft; however, it features a more interesting take on the card gaming experience by incorporating some of the beloved elements from the online game, League of Legends.

Legends of Runeterra revolves around Champions from the six major regions of Runeterra - Demacia, Noxus, Piltover & Zauna, Ionia, Freljord, and the Shadow Isles. These regions are also going to be the basis for different card classifications and colors since the characters have defining yet distinct sets of talents, skills, and attributes depending on the region or race where they hail from.

In order to win, the player must drain the opponent's Nexus health to zero. This can be done by attacking using the card you have on play. Each card will have different attack and defense stats, spell damage points, and mana requirements.

Furthermore, spells, although they can directly damage the Nexus, are easily countered. Spellcasting may also be fast or slow, depending on the attributes of the Champion. Nonetheless, the spells usually queue up in the middle of the battlefield according to their order.

The mana pool, however, resembles that of Hearthstone. It increases rather steadily each turn, setting the pace of the entire game. Through consumption of mana, you will be able to play creature and champion cards. But as mentioned, each card will have different mana requirements. The stronger the attack, the more mana will be needed.

All cards are then played out in turns which means spell turns are segmented into respective rounds. Players will also take turns being on the offensive and defensive, giving the players the chance to strategize and retaliate accordingly.

Another thing that makes Legends of Runeterra a lot different from other digital card games is the fact that it's not a "pay to win" kind of game. Admittedly, some card games rely on in-app purchases, which is why developers put a tag on cards and card packs most of the time.

Fortunately, this won't be the case for Legends of Runeterra. Riot representatives claim that there won't be purchasable random card packs nor will there be a need to spend real money to get your hand on a deck. Apparently, cards can be bought directly, unlike Hearthstone where you randomly get a card after you buy.

Nonetheless, Riot is still open to in-game transactions as they showcase "wild cards" that have a set price. These cards differ in cost, however, since the price will mostly depend on the rarity. Despite this, there are only a limited number of transactions the game will allow per week. This is because the developers didn't want the concept of spending to be the focus of the card game.