Google Maps has recently added another feature that will make it easier for motorists and drivers to report any incidents on the road, such as roadblocks and hazards, accidents, and even police speed traps--something that has been made popular by Google-owned Waze app.

According to a post by Google, the tool will "reflect real-time contributions," meaning if someone has made a report, it will appear on Maps immediately.

Reporting speed traps, crashes, and traffic slowdowns are already available on Android devices, but it's now expanding to iOS, as well.

Additionally, Google Maps will also allow its users to report new incidents: objects blocking the road such as massive debris, ongoing construction, disabled vehicles, and lane closures. This feature is now available on both Android and iOS devices. 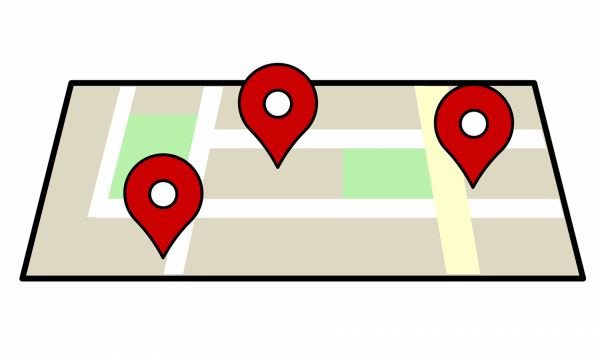 If you wish to report anything, you only need to tap the + sign and then click on "Add a report," but ensure that your Google Maps app is updated to version 5.29 or later for iOS and version 10.27.2 or later for Android.

Apple has its own Apple Maps, which is installed on every iOS device; however, even the company admitted that their Map's features are bad, and they even encouraged people to use Google Maps instead, according to Inc.

But Apple will also have its own major update on its Maps application, which could change the game for them.

Although this can potentially help drivers find the best, safest, and fastest route from point A to point B, not everyone is happy, particularly the police who believe "terrorists, organized crime groups, and gangs will find this a valuable tool to further their illegal activities."

It means that these people could use the alerts on their Google Maps to avoid police checkpoints, or anywhere the police is setting up and get away faster from the authorities.

The police, specifically the Los Angeles Police Department or LAPD and the National Sheriffs' Association has previously released the statement in 2015.

Earlier this year, New York Police Department or NYPD has also already asked Waze to drop a particular feature via a letter sent to Google, stating that they have become aware of the app's ability to allow the public to report DWI checkpoints.

"We demand that Google LLC, upon receipt of this letter, immediately remove this function from the Waze application," wrote Ann Prunty, Acting Deputy Commissioner for Legal Matters of the NYPD.

This is not the first time Google has added this kind of safety feature for the app, as it has previously made it easier for visually-impaired people to cross the street with their voice navigation feature that tells them they are on the right path, how far the next turn is, and warning them of any blocks or hazards on the road.

ALSO READ: These Android Apps Hide on Your Phone; How to Delete Them?

The feature should also automatically point them back in the right direction if they had to make a stop.

However, this voice feature is only available in English in the US as well as Japanese in Japan, according to a report by The Verge.