Bad weather has always been bad news for pilots, especially those who are managing smaller aircraft--but it does not always have to be such a big problem, especially with the newest addition to Honeywell's roster of weather radars: the IntuVue RDR-7000 Weather Radar System.

RDR-7000 is the latest addition to the IntuVue family, and it is now compatible with more aircraft, especially smaller ones such as helicopters, and regional and business jets, that tend to have problems with bad weather.

Through the new Honeywell weather radar system, pilots can safely navigate through the sky and avoid inclement weather, while keeping passengers safe, calm, and relaxed, but still getting to their destinations on time.

According to a report by PR Newswire, the RDR-7000 was based on the technology of the existing Honeywell IntuVue RDR-4000 Weather Radar System, which is found in bigger commercial planes as well as military aircraft.

This advanced weather radar system is the first and only radar that depicts the vertical view of storms, giving pilots a more intuitive display of the weather on their path and helping them decide on the safest route possible.

"It scans the entire volume of air, from zero feet from the ground to 60,000 feet," said Vipul Gupta, Honeywell Aerospace's senior director of product marketing regarding RDR-7000's capabilities.

According to Gupta, the radar has a 3D volumetric scanning which automatically analyzes storm clouds with "17 different scans" to provide the "3D view of the entire storm cell."

Besides storms, the highly advanced weather radar system can also detect hail, lightning, and may even predict wind shear all the while presenting it in a simple yet intuitive display.

Bad weather has been one of the main issues in the aircraft industry that threatens the safety of passengers and pilots. 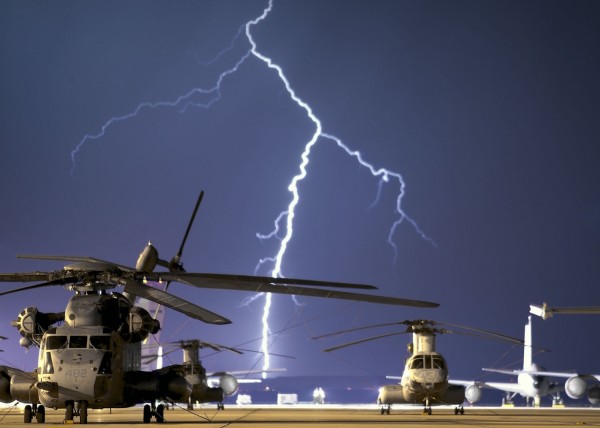 (Photo : skeeze from Pixabay)
Weather is a contributing factor to many general aviation accidents.

In a study done in 2016, the weather was a contributing factor in 35% of general aviation accidents that ended in fatalities, with 60% of these occurring even with the presence of "instrument meteorological conditions."

A National Transportation Safety Board (NTSB) study has also shown that two-thirds of weather-related general aviation accidents have been fatal.

According to AccuWeather, ice, wind shear, and fog can significantly and rapidly change the wind currents, which cause these aviation accidents, and a number of these deadly plane crashes can still be remembered to this day.

With the advanced Honeywell weather radar system automated, the risk can be reduced up to 50% as pilots can focus more rerouting decisions and focus on the weather hazards before them, rather than working on the radar.

The RDR-7000 weighs 16 pounds and consists of a single LRU, making it a smaller system compared to the massive RDR-4000 that weighs 35 pounds and includes three LRUs.

Honeywell will also accept trade-in credits if your aircraft has an older Honeywell equipment.