How Much is the PlayStation 5 Going to Cost You?

Sony has recently announced that PlayStation 5 is officially coming to the market in 2020, but the announcement only included a few specs and an even vaguer release, saying that it should be out in time for holiday 2020.

With that, fans are still left in the dark about one crucial question: how much will the new PlayStation 5 cost?

Although highly-anticipated and long-awaited, the PS5 has more competition than before, ranging from the upcoming Xbox console as well as streaming services on both mobile devices and on laptops.

That means the price can definitely make a difference for Sony's sales.

According to the Daily Star, Sony needs to create the perfect balance for the console, selling it for a premium console--given its new technology and considered as a next-gen gaming console--but still making the price more accessible to more fans as much as possible.

With that, they created a poll to see how much people are willing to spend, and 71% of 6000 votes from their readers were willing to pay more than the launch price of the PlayStation 4, which is $399 in the US and £349.

Based on the votes, there are 14% of fans who are willing to spend around £500 or about $648 for the powerful next-generation PlayStation 5 console.

However, how much should we expect the price range to be?

According to Comic Book, the price of the PlayStation 5 has been leaked a day before the official announcement of the console's launch date from Sony, courtesy of a European retailer from Slovakia, ProGamingShop.

If the price point is correct, PlayStation 5 will be $100 to $150 more than the release price of the PlayStation 4.

Meanwhile, GameRant believes that the console should at least start from $400, and that anything below that price point would seem unlikely. Yet, they did say that it is also possible that the price will climb to $500, depending on the hard drive space as well as how much manufacturing will cost.

But these are only predictions and should be taken with a grain of salt.

Sony has not released any confirmation with regard to the price, but the company did say that it should be attractive to gamers.

Mark Cerny, the lead architect from Sony, who is working on the PlayStation 5, said that the console's suggested retail price should be attractive to gamers "in light of its advanced feature set." 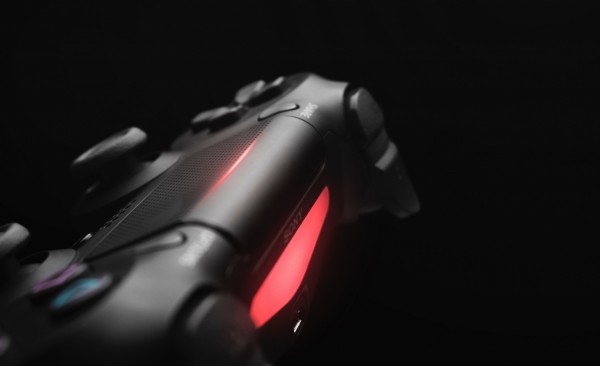 (Photo : Photo by Fabian Albert on Unsplash)
One of the key features of the PlayStation 5 is the changes that will happen to its controller.

Speaking of features, the PlayStation 5 will be backward compatible with the PlayStation 4, which is essential for a seamless transition, according to CNET; plus, it also means that you can still play the titles you have bought for the PS4.

The new controller that goes with the PS5 has also garnered interest with its haptic feedback--an upgrade from the "rumble" of the past PlayStation controllers--as well as the adaptive trigger, which will make the players "feel" the games they are playing more, such as the "tactile sensation of drawing a bow and arrow."

Square Enix has had quite the success with its Final Fantasy franchise. Check out the seven best Final Fantasy games of the last decade!