As the coronavirus (COVID-19) spreads around the world, people are advised to stay indoors during this pandemic and although this may be a turnoff for some, this would be considered paradise for most gamers! Call of Duty: Warzone is one of the games which gamers have been setting their eyes on for quite some time and now that it's here, players can't seem to get enough! 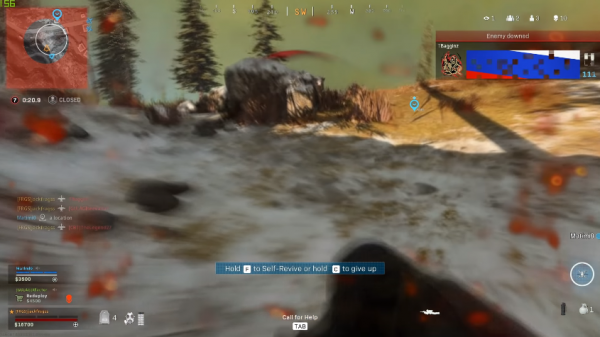 Call of Duty: Warzone has just recently banned 50,000 players from continuing to play their game due to them reportedly cheating! Infinity Ward has decided in a post that they will not to take this lightly at all!

The Call of Duty: Warzone

This newer game is part of the franchise's latest involvement in the battle royal mode and has been made quite fast-paced to make sure that the combat is even more enjoyable. However, this game only works when all of the players play on an even battlefield which means that there is no room for cheaters!

Cheaters have been a recurring problem which developers need to deal with fast in order to provide a swift and steady gameplay for those other players who play by the rules. Infinity ward has been strict about this ever since the start but it seems that in the recent Call of Duty: Warzone, nothing has changed and cheaters still exist!

Infinity Ward has briefly explained the specific programs used to be able to detect if ever there are cheaters and automatically ban them from the game. The full details of the procedure was not explained in lengthy detail to avoid revealing their methodologies to hackers.

The developers versus hackers

Most developers keep their anti-cheat methods in the dark in order to surprise those players who are caught cheating! This methodology works by first identifying the patterns which cheaters use then identifying the cheater themselves!

This has been preventing an arms race between both modders and developers. Although most mods are harmful, there are still a few mods which provide an unfair advantage to certain players and these are what most people consider cheats!

Infinity Ward released a post just recently stating that they have banned over 50,000 players already since the launch of Call of Duty: Warzone way back in March 10. This is quite a huge number of players cheating taking into account that the video game is still practically new.

According to Infinity Ward, they have security teams monitoring 24/7 for them to be able to investigate data and also identify potential infractions in the game. The teams then review all of the possible cheats and hacks which include identifying players who are using aimbots, wallhacks, and even more.

In a statement by Infinity Ward, "We're working to improve our in-game system for reporting potential cheating. Plans are underway to streamline the UI for a more seamless reporting experience." Followed by the assurance that all of the reports which they have received in-game have been both analyzed and filtered based on the given data.