Everyone has been buzzing around asking what Ubisoft's Tom Clancy's Rainbow Six Seige latest patch notes bring to gamers. Take note that for now, these particular changes are only live on this game's test server and not yet included in the full version of the game itself. 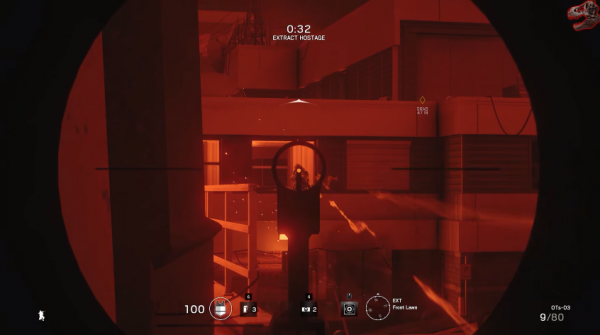 This is a smart move by Ubisoft for them to see whether or not the Tom Clancy's Rainbow Six Seige community takes these changes well so that they may balance out a couple of changes the team makes. Headlining in these patch notes are a few important buffs and nerfs for a number of Operators which include Buff, Jager, Mozzie, Ying, and even Caveira.

The changes which gamers can expect

To simplify everything, Buck's Skeleton Key is getting a +1 to its magazines capacity as well as the total ammo with Jager's roaming potential curbed along with his speed stat decreased to 2.

The additional changes also include a Razor Holographic Sight which is for Caveria's M12, Super Shorty has been stripped off of Mozzie, Kaid and Goyo will be receiving indirect nerfs together with the TCSG12 shotgun which has had a significant damage debuff reduced, and an additional charge together with increased weapon damage for Ying's Cadelas.

Check out the full patch notes

His Frag Grenades will be replaced with Claymores.

Caveira gets an additional Razor Holographic Sight option for her very own M12.

Jager is now a 2-speed or 2-armor operator!

Super Shorty secondary will be removed from Mozzie.

The number of Candelas will be increased from 3 to 4.

Claymores will now be replaced by Smoke Grenades.

Kaid and Goyo get an additional magazine to the well-known TCSG12.

To balance everything out, the TCSG12 damage is now down to 55 from the original 84.

The game's bugs have also been fixed

The first bug to be fixed is the barricade replication issue that has caused rubberbanding along with throwable objects to bounce off the already destroyed barricades.

The second bug to be fixed is that the game now boots along with DX11 when the player selects the Vulkan executable located in the Steam installation folder.

The third bug to be fixed is that the Dynamic Play button which did not properly update when the last match was still on an Event/Discovery playlist.

The fourth bug to be fixed is how players are able to clip inside the excavators in EXT Construction Site located in Oregon.

There are minor menu or shop visual additions as well as a little spice to Gris charm which was missing from some of the player's inventories.