After a two year long wait, the creators Justin Roiland along with Dan Harmon have brought back the animated series last year but only with five episodes. Although only a brief new release, the material was gladly taken in by fans of the series as it showed even more awesome Rick and Morty adventures.

A recent trailer has been released showing just how SHWIFTY the new Rick and Morty adventures would be like as hints of more aliens, lightsabers, and a whole lot of violence is packed into the short trailer video on Adult Swim! 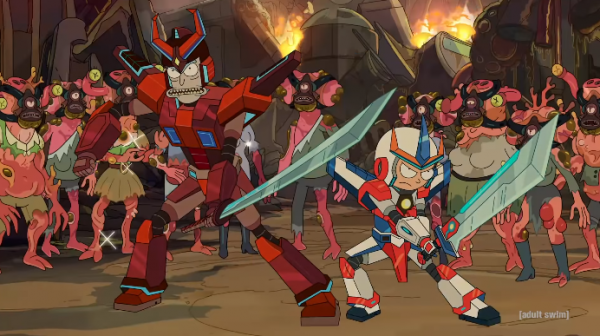 The glory of the previous five episodes.

If you're still wondering how to watch Rick and Morty Season 4, Episode 6, you won't have to worry much longer since the continuation of the first five episodes recently launched is scheduled to be shown this coming May 5, 2020 according to Adult Swim despite the trailer saying May 3.

The first five episodes hosted epic content even involving personal toilets as well as a dragon who is voiced by Davos himself from the Game of Thrones series! Although these five episodes were quite filled with adventure, fans agreed that it was not enough.

Thankfully, Adult Swim has just recently announced on Tuesday night (only a few hours before April Fools' Day which is a day that holds some significance for the fans of Rick and Morty) that the other half of the season will be premiering beginning May 5, 2020!

The trailer carried the title "The Other Five" in reference to the upcoming episodes being the continuation of the first five episodes. The season 4b trailer sets to Thin Lizzy's "The Boys Are Back in Town" which brings such a rich feeling of nostalgia and good vibes to those who watched the video while jamming to the music.

The video also shows really cool lightsaber battles, anime influence, vats of acid, and one of the family's favorite hobbies, ignoring Jerry's dreams. This alone proves that the new Rick and Morty episodes are no joke at all! The hype created by the trailer is really strong but can the series live up to it?

The official episode description has not yet been released

Adult Swim has not yet officially released a description for the upcoming episode but according to an article, the upcoming episode six shows Rick and Morty known as "the boys" looking for a magic squirrel while traveling to space "where they do some over the clothes stuff."

Episode seven is said to have Morty meting "a new kid called Jack" who is apparently in love with an alien called Tom while Rick then tries to save him after finding out the alien "isn't who he thinks".

Episode eight now shows Summer knitting and the moment that her scarf gets caught in the garage door, this then triggers a series of events which eventually lead towards the destruction of the multiverse! So far these are the only descriptions available for the first three episodes. Fans will have to wait until May 5, 2020 to find out!

Adult Swim announces the official return of "Rick and Morty" Season 3 with the reveal of the release date and a whole new full trailer.

'Rick And Morty' Season 3 Returns This Week, Creators Reveal Mysterious Livestream To Make Up To Fans?

The latest episode of "Rick and Morty" Season 3 might just be released this week as the showrunners invite fans to join them for an upcoming livestream.

"Rick and Morty" co-creator Dan Harmon has come out to address the rumors of a feud and the series getting cancelled.

Reports say that "Rick and Morty" Season 3 might be the final season because its creators are having a feud but one of its creators, Dan Harmon has stepped up to address the rumors.

"Rick and Morty" Season 3 has yet to release the rest of its new episodes and updates have been revealed for fans while waiting for it.

'Rick And Morty' Season 3 Episode 2 Expected To Air This July; Summer In Danger And Jerry Moves Out

"Rick and Morty" Season 3 returns this fall with new episodes and the next story suggests that Jerry will be out of the picture and Summer getting in trouble.