Ever Heard of a Virtual Reality Gaming Chair? This Startup Company is Making it Happen! 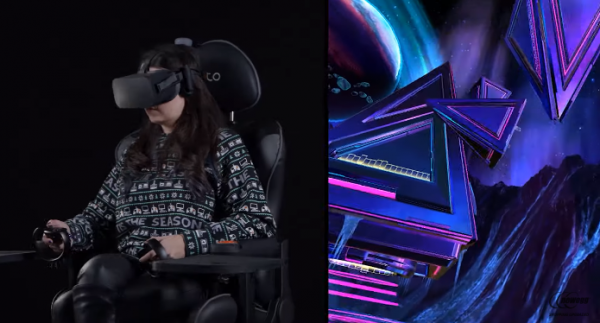 (Photo : Screenshot From Newegg Studios Official YouTube Channel)
Ever Heard of a Virtual Reality Gaming Chair? This Startup Company is Making it Happen!

A United Kingdom startup company has dedicated themselves to make this gamer's dream come true by raising funds in order to start the project creating the Roto VR. The virtual reality gaming console is already out but it does include a few limitations especially the amount of hours you can play with it since most games require the player to be standing up instead of just sitting down.

A London-based designer has started this project

A designer based in London has just started the movement towards the creation of the world's very first virtual reality gaming chair by raising 1.5 million pounds or roughly about $1,867,043 USD! This may not cover the full cost of this project but it is a good start to begin with.

The project is called Roto VR and it is a virtual reality interactive chair that is designed to address the many physical problems that come with using the VR when seated which include motion sickness and also tangling cables.

The chair works by being motorized and it can auto-rotate in the necessary direction where the user is looking towards. This allows a 360 degree viewing and exploration feature for users to enjoy as well as a built-in desktop in order to support the keyboard and mouse input.

The project was founded five years ago

The project was founded about five years ago way back March of 2015 by the CEO and co-founder Elliot Myers who had already developed a previous 3D game controller called the Gametrak. Myers wanted to increase the in-game immersion which is why he sought an even bigger project of creating the first ever VR gaming chair.

This interactive chair would be the very first product to be released by the firm. According to Myers, "Most people sit down to watch movies, work, play games and browse the internet whilst seated and we see no reason why the exciting new medium of VR will be any different."

The chair is said to be compatible with almost all of the existing VR headsets and is already compatible with all the movies and games as well as possible additional accessories just like the racing wheels and the joysticks which could improve gamer experience altogether.

The company is said to launch the first consumer as well as the office version of the Roto imminently. The company has already identified the number of market opportunities that are spread across a wide range of industries inside and outside of the homes such as the cinemas as well as arcades.

In order for gamers to get a hold of this chair, they must pay $1,900 USD or about 1,530 pounds which is still quite a hefty amount. The firms recent round was headed by Pembroke VCT together with The TVG Growth Fund as well as Jenson Solutions and managed by The FSE Group.

Researchers from Carnegie Mellon University have devised a machine that mimics the feeling or resistance of a real-life object that is seen virtually.