Apple has been working on a little something to help address the problem of people losing their devices by creating "AirTags". This supposedly works even without the use of Wi-Fi which could be quite beneficial for most people since relying on the internet cannot be done every single time. 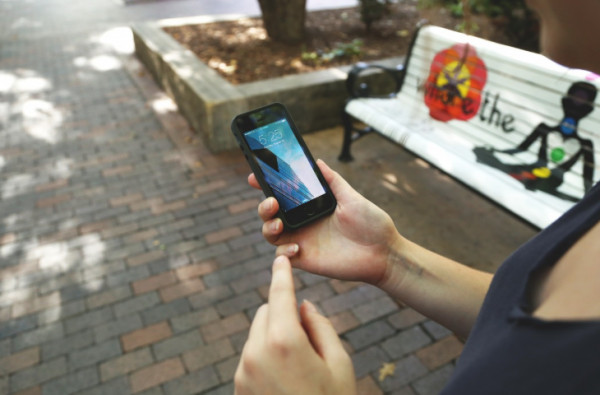 Apple leaks their very own feature

With Apple's growing popularity, it would be inevitable that a small leak would not be noticed by the market but it is quite a comforting fact that the leaks came from Apple itself. Appleosophy recently reported that Apple has accidentally confirmed a feature called "AirTags" which is a Tile-like item tracker that can be used to locate other devices.

Reports of the AirTags started last January and rumors have been going around ever since a couple of months earlier. Apple has posted a support video which is now deleted that has been the confirmation for this very feature that most users are waiting for.

If the whole video was not a belated April Fools video, it would be safe to assume that the upcoming AirTags should not take too long. Although the deleted video did not directly leak the AirTags itself, it showed a specific screen in the Find My iPhone settings menu that has mentioned the gizmos.

What does this feature say?

A text can be found under the Enable Offline Finding setting that can be found on the video which says, "Offline finding enables this device and AirTags to be found when not connected to Wi-Fi or cellular." Which gives a pretty clear confirmation as to this feature.

Aside from the confirmation of the existing AirTags, the video has also confirmed speculation around whether or not the tag would run with Bluetooth or Wi-Fi or would the feature be working on a different method instead.

Apparently, this feature runs on Ultra Wideband radio which is the first implemented in the entire iPhone 11 family. This methodology would help users find objects with even better accuracy than the already existing Bluetooth LE as well as Wi-Fi options.

Apple will apparently offer an augmented reality experience in order to help their users find missing items using the tags although the form of this experience is still not confirmed. It might be safe to say that this might take a while because of how the coronavirus (COVID-19) has crippled most functions of the industry.

The tags in itself are expected to be shaped quite like circular disks and should be able to emit a certain chime for it to be found when lost. If an item is then marked as lost, other iPhone users who might just end up picking the device will then be asked to return it to the owner according to 9to5Mac.

Despite the coronavirus delaying almost single event happening around, the feature might not take that long to be released.