The upcoming Final Fantasy VII remake has fans of this franchise on the edge of their seats as Square Enix has announced that players can now download the entire game from Stream before being able to play it. The massive file size specifically for the PlayStation 4 takes up 100GB which is already a fifth of your total hardrive space if you are using a standard 500GB for your PS4. 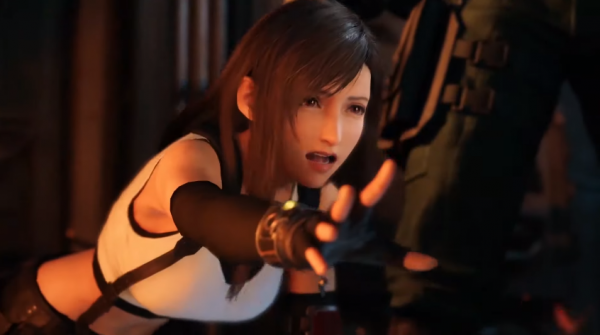 (Photo : Screenshot From IGN Official YouTube Channel)
Square Enix's Final Fantasy VII Remake From Steam Might Be Too Heavy For Your PlayStation 4: Is It Worth It?

What's even worse is that the download speed for the PlayStation has slowed down even more due to the coronavirus pandemic. This has posed as a big inconvenience to players who want to download the Final Fantasy VII remake but may not have enough memory left or players who do not want to wait for the slow download to be completed.

Square Enix's comments on the matter

According to Square Enix who has not yet officially revealed the final download size yet, a major reason why the game takes up way too much space is because it has created custom assets for every particular part of Midgar which is a large city inside the game.

Unlike most games, there will apparently not be any reused assets in any single area of the game which although is quite impressive, causes a huge problem for the download since it makes the total size of the game much heavier.

Although this is a great improvement, 100GB is maybe a bit too much. Imagine, most lower-end laptops these days function on only about 120GB. This just goes to show that the entire Final Fantasy VII remake is almost the size of a single laptop.

The download speed from Steam itself may be quite uncomfortable as well since the game is quite heavy.

The coming of big games

The co-director of Final Fantasy VII remakes Naoki Hamaguchi said to US Gamer, "Rather than thinking about repurposing standard assets for individual locations, like the Slums or the Shinra Building, we decided to build each location using unique assets to achieve the quality desired for [Final Fantasy 7 Remake],"

Not a lot of games have been known to take up this much space but recently, the 100GB threshold has slowly been overcome by games like Call of Duty and Red Dead Redemption 2. The first part of the game is said to release on PlayStation 4 worldwide on April 7 but further updates could give clearer information.

Is the game worth it?

The answer is really up to the gamers to decide and if you've been a die-hard fan of Square Enix's games, it's most probably that you would still go for it. For other gamers that would rather save up their memory for a variety of smaller games, 100GB might be a bit too heavy for them to use their PlayStation 4 space for.

At the end of the day, it really depends on how much gamers want to play the upcoming Final Fantasy VII remake.