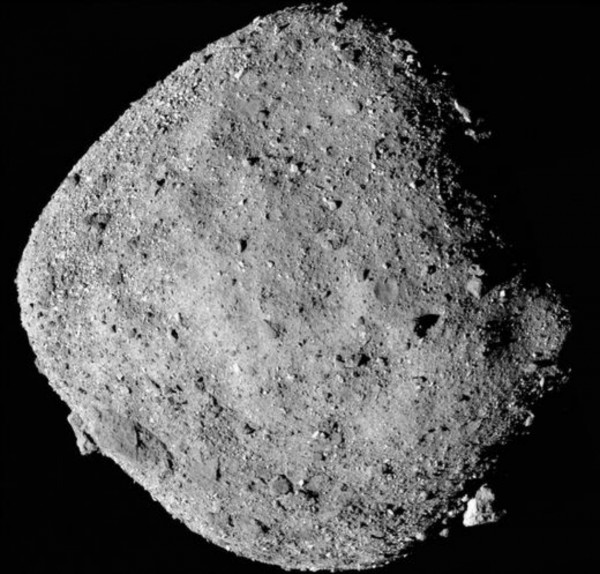 The giant asteroid 1998 OR2 which will be visible through small telescopes as it travels near Earth on April 29, can be identified as a possible threat to the planet due to its proximity, says NASA.

The large, possibly disastrous asteroid is reportedly only a couple of weeks away from flying near Earth. Amateur astronomers will be able to view the occurrence online or through a small telescope. Experts estimate the space rock is about 1.1 miles and 2.5 miles wide.

Astronomers claim that while the asteroid is powerful enough to cause significant damage to our planet, it will be at a sizeable distance away during its near encounter on April 29. The cosmic rock will be at its nearest approach at around 5:56 a.m. EDT or 0956 GMT. NASA's scientists shared on Twitter the celestial body will be 3.9 million miles or 6.2 million kilometers away from Earth.

Asteroid Watch reports 1998 OR2 will be flying by several times the average distance between the Earth and the moon. The asteroid will be 3.9 miles away from Earth. In comparison, NASA classifies asteroids that pass within 4.6 million miles of our planet as "potentially hazardous," the sizeable celestial body provides no real threat.

NASA shared on Twitter, "The orbit is well understood, and it will pass harmlessly at 16 times the distance to our moon" and "No one should have any concern about it."

Currently, the asteroid is too far to be visible to conventional telescopes but has since been seen by more astronomical, more powerful telescopes. The Virtual Telescope Project, founded by astrophysicist Gianluca Masi, has been monitoring 1998 OR2's status for the past month and has consistently shared updated images as it flies through space at more than 19,000 mph or 31,000 km/h.

Presently, the giant space rock can only be seen by professional telescopes similar to what astronomers use. At the same time, amateurs and the general public will have the chance to view it as it hovers closer to Earth during its approach.

Is it visible through a telescope?

The giant space rock is to have an expected visual magnitude of 10 or 11. This will enable it to be visible under smaller telescopes as the weather stays clear. Those who do not have access to any telescope can still watch the event through a live webcast provided by the Virtual Telescope Project with its host Masi, as they feature telescope views starting on April 28 at 2 p.m. EDT or 1800 GMT.

NASA states asteroid 1998 OR2 will not fly by a second time until May 18, 2031, where it will be at a farther distance than it will be this month at around 12 million miles or 19 million kilometers. The next two flybys that will occur in 2048 and 2062 will have even higher distances. The following closest approach of the asteroid to Earth is reportedly on April 16, 2079, having only 1.1 million miles or 1.8 kilometers of space between it and our planet.