The complications of space have taken a toll on SpaceX's next-gen prototype rocket collapsed all on itself just recently resulting in the third time SpaceX has failed to launch. There is an existing video on YouTube captured by NASASpaceflight that shows the very top portion of the specific SN3 prototype vehicle losing its very structural integrity which then resulted to it tumbling down. 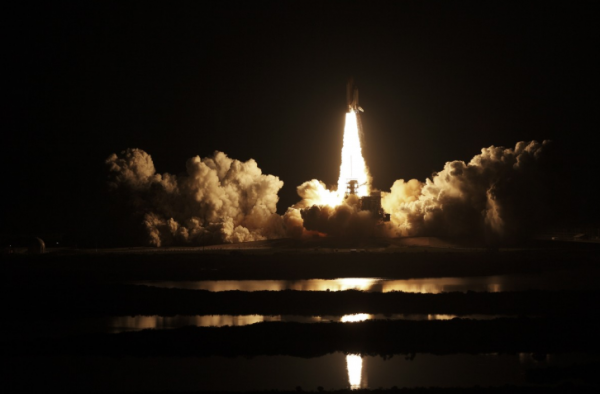 This failure happened around 3am ET at SpaceX's very own testing facility located in Boca Chica, Texas according to SpaceNews. The explosion happened as liquid nitrogen was then poured into the rocket's propellant tanks.

Once this was developed, SpaceX has intended to use their Starship platform in order for them to deliver passengers as well as cargo to Earth orbit, the moon, and in the future, Mars! These are high hopes which CEO Elon Musk has previously been public about.

The rocket was designed to be unlike what anybody has seen before as it was supposedly capable of carrying about 100 passengers. This Starship was designed to be a hybrid vehicle which is supposed to serve both the second stage of a reusable launch system (which will be provided by SpaceX Super Heavy during first stage) and also as an independent spacecraft.

This is currently the third failure in a series of tests for a Starship prototype ever since the start of late last year. Back in November 20, 2019, the previous Mk1 prototype blew its very top during the cryogenic pressure test!

Recently on February 28, 2020, the previous SN2 prototype exploded right at the base due to the cryogenic pressurization test. Elon Musk from SpaceX and Tesla explains in a tweet that his team will be looking more into the data in order for them to find out what exactly went wrong.

According to Musk, "this may have been a test configuration mistake." Which followed an earlier tweet that said, "SN3 passed ambient temperature pressure test last night," which was said before the cryogenic tests.

Due to this latest setback, the upcoming static-fire test for the Starship SN3 would most probably be delayed and cannot be expected to do a "hop" test any time soon. This is quite similar to the previous Starhopper prototype which was able to ascend to a height of about 150 meters or 490 feet right before running towards the surface.

SpaceX on the matter

It is still very vague as to whether or not SpaceX will be able to hit its target goal of being able to perform orbital test flights of the Starship scheduled later this year. When it comes to failure regarding the tests, Elon Musk himself has showed an enormous amount of patience and composure and this might just have to continue especially since the recent failure.

Elon Musk has high hopes for SpaceX involving quite numerous space projects but first things first, the Starship prototype has yet to run.