While the world is worried about the coronavirus (COVID-19) pandemic growing far and wide, residents of Florida have just experienced a recent horror which occurred at the Southwest Florida International Airport where a fire destroyed 3,500 rental cars! 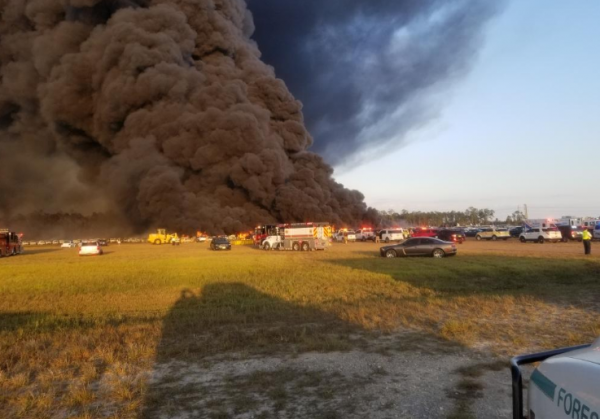 Although there have not been any reported injuries, the sudden blaze still serve as a reminder that the COVID-19 is not the only thing that the world should be worried about. The cause of this blaze is still unknown but the official investigation has already begun.

The fire that broke out

According to the fire department, there were 3,500 rental cars that were destroyed last Friday when the blaze began and spanned across 15 acres which originally involved only 20 cars in the grassy rental car overflow area at the specific airport located in Fort Myers.

When the fire was finally exhausted, the flames had already destroyed more than 3,500 rental cars in total according to a certain Lee County Port Authority spokesperson that told CNN affiliate WINK

According to Melinda Avni whi is a Mitigation Specialist for the Florida Forestry Service of Caloosahatchee, the authorities were called to take out the fire at around 5pm Friday when there were still about 20 cars involved.

From the initial 20 cars, the number reached 100 cars when the units finally arrived on the scene. In the words of Melinda Avni, "By the time we had units on the scene, we had 100 cars (on fire). We lost count after the hundreds"

The residents surrounding that area and other people from miles around Fort Myers (which is a city of about 82,000 residents located in southwest Florida) were able clearly see black smoke.

Both aerial and ground support was provided by the Florida Forestry Service along with multiple fire departments according to a statement by Melinda Avni. About 80 airdrops were made in total by the Charlotte County Sheriff's Office's specific aviation unit.

How the event went down

The final conclusion by the forestry service was that the blaze was only contained by 10:30am on Saturday which was already 18 hours after the whole fire had begun and a huge amount of damage has already been caused.

According to Melinda Avni, the brush was surrounding the overflow area was where the fire grew and was the reason it was able to spread quick but there were still no structures at the airport that were reported affected. There were also no injuries that have been reported while the cause of the fire is still under investigation.

Arlene Salac who is the FAA spokeswoman gave a statement about the situation saying the fire had zero impact on air traffic or even operations at the airport. According to the airport, "We appreciate their courage and willingness to help our Aircraft Rescue & Fire Fighting department. Together they were able to keep all our passengers and airport visitors safe."