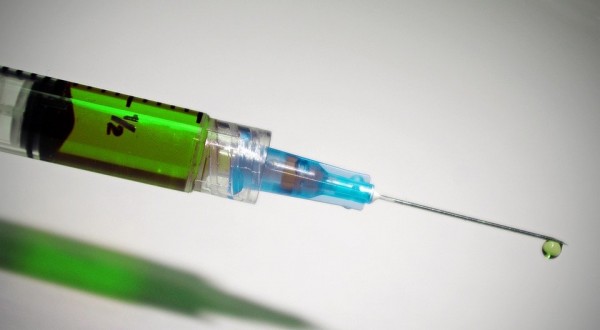 A potentially new COVID-19 vaccine is soon to begin its initial human testing today. The application of Inovio Pharmaceuticals was approved by the Food and Drug Administration (FDA) under the Investigational New Drug program. The first volunteer subject will reportedly be injected with the INO-4800 DNA vaccine developed by the institute. Preclinical experiments on animals resulted in an increased immune response.

The new vaccine utilizes a specifically engineered plasmid injected into the subject to urge the body's cells to produce a desired, targeted antibody to counter infection. While DNA vaccines are prominent and approved for use on several different animals in the veterinary field, they are yet to be approved for human consumption.

Inovio has had experience in making other vaccines that have shown promising results, such as their trial against Middle East Respiratory Syndrome, where they have completed Phase 1 for a DNA vaccine that produced a high level of antibodies lasting for a more extended period.

The company has ramped up its development and production of its test vaccine, reaching thousands in just a few weeks to support its Phase 1 and 2 trials further. The institute was able to do so with the support of Bill and Melinda Gates Foundation and other non-profit organizations.

Inovio states that they can provide more than one million doses of the vaccine by the year's end should the trials be successful. The products will be used for both subsequent experiments and emergencies.

The INO-4800 is the second vaccine to enter Phase 1 testing on humans. The first trials made by Moderna began mid-March.

Forty volunteers made up of healthy adults selected through screening at either Philadelphia's Perelman School of Medicine or the Center for Pharmaceutical Research in Kansas will undergo Inovio's trials. The tests are expected to last several weeks, and data is assumed to be available summer.

Expectations for clearance of the new vaccines are still likely a year to a year and a half away, but the speed at which human trials are going, experts say the wait wouldn't take much longer than that.

The co-founder of Microsoft Bill Gates and his wife Melinda Gates pledged $125 million to be used in the battle against the coronavirus pandemic by funding the research of vaccines that could potentially cure the disease.

One project supported by the foundation was able to develop at-home testing kits to be distributed to the Seattle area. It also aims to make the packages available beyond Seattle and the US.

Anyone who has been in contact with, or is suspected of having the virus can sign up online to request a kit for themselves. The kits' results are expected within two days and will be shared with local health authorities.

A research project, Seattle Flu Study, based at the University of Washington, will focus on raising its testing capabilities to aid in understanding how the virus is spreading throughout the neighborhood.

Of the large sum donated by the Gates, $20 million is set aside for the World Health Organization (WHO) and the Centers for Disease Control and Prevention (CDC). Other nations and locales that have been hit by the deadly disease are expected to receive funds as well.

Read Also: Meet Xenobots: The Self-Healing Robots Made Out of Frog Cells