When it comes to phones and their features, China is definitely not behind as a certain Chinese company is now able to take the light-on-dark color scheme Flym Night Mode to a whole new level! Getting the best specs for your phone at a very reasonable price can usually be achieved by trying out brands that are not necessarily popular but have enough credibility to back them up 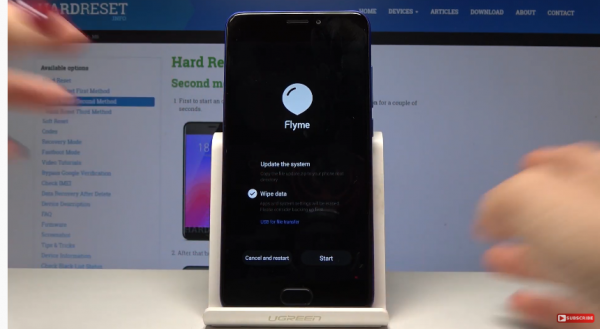 The developers of the Chinese company known as Meizu Technology has been improving their shell Flym. This specific Chinese smartphone manufacturer will be including an improved night mode along with static dimming for the colors of the Wallpaper according to Weibo.

Included in the Android OS is a feature for changing the screen shades depending on the specific time of the day which might sound awesome but this also comes with a few disadvantages. This automatic feature does come with some pros and cons just like other features do.

The certain disadvantages which come around with this new feature is that the display becomes way too dark blue or even gray, and not black. This specific innovation is both a plus and minus for the android phone.

This innovation will be able to allow the owners of the smartphones Meizu to choose their own mode to use including the traditional for Flym or Android, the Dark Mode. The developers of this specific Chines Company have been able to experience creating the function in these programs with much dedication in order to allow you to download your own preferential wallpaper as well as show the weather forecast.

The testing of the preferential wallpaper download feature is not the only interesting feature of this phone. The phones testing has also made it public that the activation of the advanced night mode which Meizu is proud of helps the screen become darker than before!

It is also to be noted that the need to use Dark Mode is disagreed by certain experts. Although this feature may sound a bit too exciting for some people, experts' advice dictates that this could turn out to be a little less useful than buyers have hoped for.

According to a study made back in 2017, the results from the study that were published in the journal known as Applied Ergonomics have shown that the specific dark character on a certain white background increased general readability.

The study poits out that people who have normal vision should not spend their time using night mode since it is highly not needed. Certain patients with cataracts are to use the Dark Mode or rather the Flym mode in order to properly protect their eyes.

Therefore, people with normal vision, not recommended night mode. Patients with cataracts is to use Dark Mode or Flym often. This could be an interesting feature for those people  in specific need for the Dark Mode but for others, Meizu might not be that practical.