Samsung has just recently launched an upgraded pair of Galaxy Buds+ from Samsung right during the time of their Galaxy S20 series launch! The best thing about their Galaxy Buds+ is the superior battery life as well as the improved sound in a certain identical form factor. 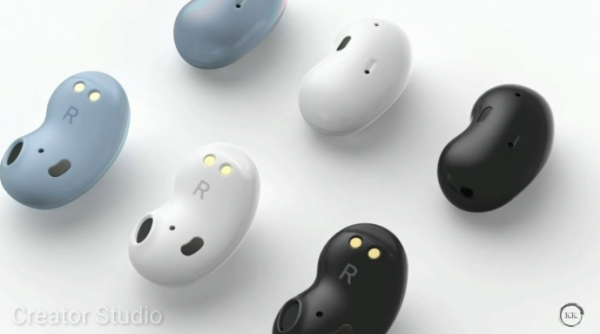 The leaked information by WinFuture

According to the available information that was leaked by WinFuture, the reporters were able to gather some specific renders of the upcoming Galaxy Buds which were given an unsurprisingly code-named "beans"! The previous versions have even been referred to as "popcorn" internally.

This kidney-shaped earbuds have an interesting design measuring 2.8cm in length along with a speaker hole as well as a sensor in the specific part that sits right close to your ear canal and also microphones and vents located on the outside.

The magnetic pin connectors which are used for charging can also be found on the earbuds' sides that sit right against the ear and although this may fit perfectly, there is still a possible problem the design can pose for users.

The problem this design poses

This specific model number SM-R180 has recently been assigned to the new product but gathering fans of this upcoming product are still hoping that it will be called the Galaxy Beans.  Information as to the battery size and other key specifications have not yet been made public.

Although Samsung has been able to create these earbuds in an interestingly bizarre shape, it has been believed by certain articles that this design does not look like it would stay in your ear quite well. Samsung has already brought this product into testing phase of this specific development.

There could be a lot of changes with this product even before it comes out to the public which could also mean that the product could even be cancelled entirely! The good news is that the South Korean company Samsung looks very serious about making this product a reality.

More leaks on the earbuds

There have been even more leaks circulating with attempts of shedding more light on the upcoming product. If ever the earbuds finally get released, androidpolice believes that this may take place alongside the Note20 at the earliest.

This adorable design has shown the creative side of Samsung and although this has not yet been confirmed as either the final design or even the final product, it is still a nice look on how technology and creativity meet together to create a product that is both useful and entertaining at the same time!

Samsung has had quite a bumpy few months as their new products seem to get even more expensive. The general market is also curious as to how much these upcoming earbuds could cost.