President Donald Trump has just recently signed on the executive order today (April 6) establishing the United States policy on the very exploitation of off-Earth resources. This specific policy stresses that this current regulatory regime (including the notable 1967 Outer Space treaty) will allow the use of such resources. 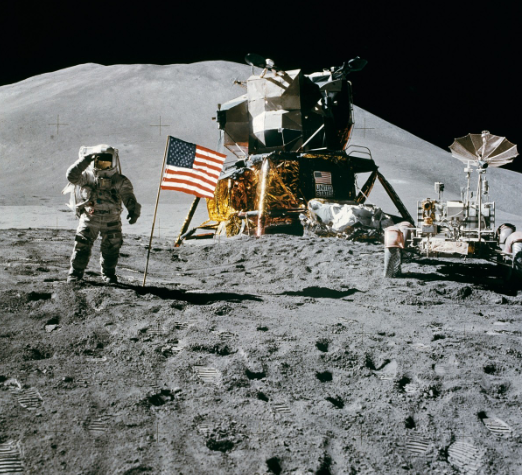 Both the water ice and even other lunar resources that are said to aid the United States in establishing a long-term human presence on the moon are for grabs according to the White House.

The view has been holding sway in the United States government circles as the United States and even other spacefaring nations have previously not signed the 1979 Moon Treaty which stipulates that non-scientific use of certain space resources should be governed by an international regulatory framework.

Back in 2015, the Congress has passed a law which explicitly allowed American companies as well as citizens to make use of both moon and asteroid resources. This very new executive order officiates these things stressing out that the United States does not view outer space as a "global commons" and that it sees a clear path of off-earth mining even without the need for further international treaty-level agreements.

This new executive order is called the "Encouraging International Support for the Recovery and Use of Space Resources," which has been in works for about a year reported by a senior administration officer previously during a teleconference with reporters.

The order has been prompted by the very desire to clarify the United Stats' position as this negotiates with international partners in order to help advance NASA's Artemis program for the whole crewed lunar exploration.

The Artemis program is known for its aims to land two astronauts on the moon by 2024 and also to establish a sustainable human presence on and also around Earth's neighbor by the year 2028. Lunar resources, especially the specific water ice thought to be plentiful on the polar craters are the key to Artemis' grand ambitions according to NASA.

Artemis' final destination is not actually the moon but to go way up to Mars later on in the 2030s! According to the deputy assistant to the president and also the executive secretary of the United States National Space Council, "As America prepares to return humans to the moon and journey on to Mars, this executive order establishes U.S. policy toward the recovery and use of space resources," mentioning certain minerals for the commercial development of space.

Read Also: SpaceX Is Now First In Race to Bring NASA Astronauts To The International Space Station After Boeing Announces It Will Repeat Starliner Test

President Trump has recently shown considerable interest in the shaping of the United States space policy. Back in 2017, Trump signed the Space Policy Directive-1, which was the foundation for the Artemis campaign.

The two other directives have aimed to streamline the exact commercial space regulations and the protocols for traffic control in space. The Space Policy Directive-4 signed last February 2019 made the Space Force's creation possible.