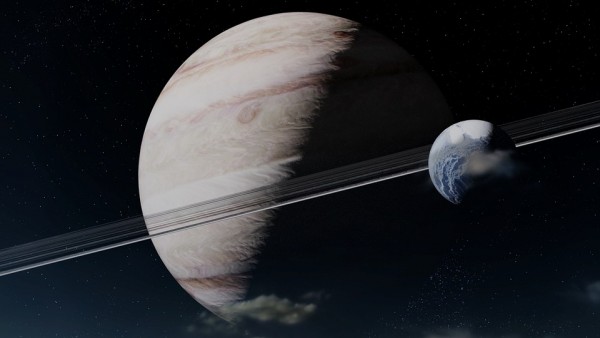 Journey to uncover the truth

Recent data acquired by NASA's Cassini spacecraft locates a probable explanation that keeps the upper layers of the cosmic giants scorching hot---auroras at the north and south poles. Due to the interaction between solar winds and charged particles, auroras are sparked by electric currents. They are causing the upper atmosphere to heat up.

Nature Astronomy featured the work published this April 6, 2020, which is significantly the complete mapping of both the temperature and density of a gas giant's upper atmosphere to date. This sector of the cosmos has gone mostly unknown to experts so far.

Constructing a complete image of the process that heat circulates in the atmosphere helps scientists understand auroral electric currents heat the upper layers of Saturn's atmosphere. Initially being deposited near the poles towards the equatorial regions, the energy is carried by the global wind system. This occurrence gives them heating twice the amount expected from the sun.

The author of the publication, Tommi Koskinen, said: "The results are vital to our general understanding of upper planetary atmospheres and are an important part of Cassini's legacy," and "They help address the question of why the uppermost part of the atmosphere is so hot while the rest of the atmosphere -- due to the large distance from the Sun -- is cold."

Cassini, managed by the Jet Propulsion Laboratory of NASA found in Southern California, was an orbiter which monitored Saturn for at least 13 years before running out of fuel. Its mission plummeted the craft into the planet's atmosphere, partly to protect its moon, Enceladus, which was found to hold a suitable environment to host life possibly.

Before the fall, the spacecraft was able to perform a final tour of 22 ultra-close orbits of Saturn, which was dubbed the Grand Finale.

It was during these last orbits that the critical data was picked up for the new map for the temperature of Saturn's atmosphere. For an arduous six weeks, Cassini focused on distinct bright stars in the constellations of Orion and Canis Major, seen traversing behind the planet.

Along with the changing positions of stars behind the giant, experts studied how the starlight differed as it passes through.

Measuring the density of the atmosphere paved the way for scientists to acquire the information they needed to figure out the temperatures. It was observed that temperatures rose to their peak as they approached the auroras, leading professionals to believe auroral electric currents heat the upper atmosphere. Density and temperature measurements combined, aided scientists to identify wind speeds. Understanding the upper atmosphere of Saturn is the key to understanding space weather and how it affects other cosmic bodies in and away from our solar system.

Read Also: [VIDEO] Ever Wondered What Workign Out In Space Looks Like? NASA's Astronauts On The International Space Station Show You How It's Done!