Facebook has recently been working on a few tweaks to their apps appearances and just recently, it has decided to launch a feature that it has been working on for a while. After Facebook's efforts on a bottom bar for its Android app, users will finally be able to experience this feature very soon! 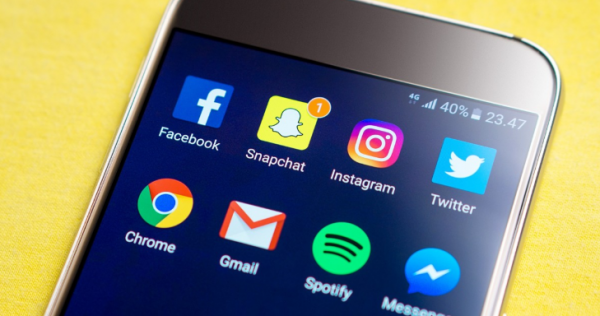 (Photo : Screenshot From Pxhere Official Website)
Ever Noticed The Facebook Android App Switched To The Bottom? Want To Know Why?

The only thing users are asking themselves now is, why? Does this new feature come with a specific advantage or is this just Facebook's attempt on bringing a little spice to their app although not needed?

Last year, everyone using the Facebook app was able to see a new eye-catching wild redesign that added a huge "F" menu button right in the middle, flanked by quick access to both the news feed as well as the notifications.

This design has then appeared to have been shoved back into the dark drawer making way for even more experiments on Facebook's features. This design has been put to the back to make wake way for a new controversial look!

A lot of different features have actually passed through Facebook as the company consistently updates its platform every once in a while. In fact, the latest A/B test actually just takes the familiar top section bar and then moves it to the very bottom of the screen for the Android app. This new feature does not actually look too different from the platform of the iOS app.

Once you are able to get into the server-side change which was first spotted by XDA Developers, you will then be created by short introduction explaining how the "Shortcuts are now within reach at the bottom of your screen."

This happens to include all of the standard sections like the news feed, the notifications, and also the menu as well as the usage-based custom shortcuts just like groups, friend requests, of course your profile picture, and even more.

The search bar still remains at the very top part of the app which still shows a certain familiarity despite the new platform but it is still unclear whether or not you will be able to swipe between sections once again.

This specific interface has just recently popped up now in version 264.0.0.44.111, but when trying to install this specific one or even a newer release of the Facebook app, the feature does not appear. This could be a glitch but it could also be a different thing.

According to Reddit, it is most likely a server-side change that is just starting up to roll out which should not be a problem at all. According to the report, you can still continue to try and get the latest stable version from Play Store or even the APK Mirror in order to see if it works for you.