Final Fantasy VII Remake's own most challenging difficulty will be hidden away from the plain sight along with the option of replaying previous chapters in the game. If you are still pretty curious on how to unlock these features, continue reading! 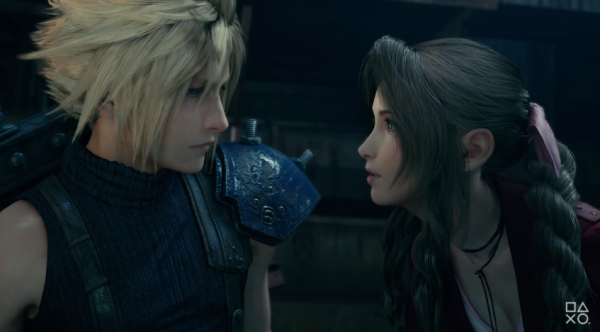 Square Enix has done a great job at hyping up the fans for the new Final Fantasy VII Remake and although it is still considered a Remake of the original game, there might still be a few changes which players are yet to experience.

Hard mode is hidden away

During your very first playthrough of this game, you will only be able to choose from three different difficulty settings which include the classic, easy, and also the normal setting. Once you have completed the game, you will finally be able to unlock a whole new level of difficulty in the game's Hard mode and you will also be given the ability of replaying any chapter of this game with the new Chapter Select option that will be seen on your "System" settings in the menu screen.

Of course, it is always wise to make sure to save your game right after you complete it, otherwise you will lose quite a lot of in game progress. Do not worry, the game actually explains this process quite thoroughly.

Regardless if the game is saved or not upon completion, you will be able to see a small note on your cleared-game save which is labeled "Chapter Select" meaning the data has access to both the Hard mode as well as Chapter Select.

Once you have accomplished this game, this means that you can use Hard mode on whichever chapter you choose to play. In fact, you can even start at the very beginning of the game and work your way until the end!

This specific mode is not for those who do not appreciate a massive challenge because you will then not be able to use any of your items whatsoever in both combat or even outside of combat!

This means that no potions, ethers, or even phoenix downs can be used during the game! Players will then only be able to rely solely on using Esuna in order to clear status ailments as well as recover all lost HP with cures.

Although you will still be able to fully recover your lost HP and MP by resting on the benches or even at inns, it is crucial that you make sure not to blast through all of your MP in your first fight! This mode will be quite rewarding for those tactical minds out there.

Hard mode also brings an additional set of new items and weapon manuscripts to collect as well as tough challenges to try out on the VR battle and also the Corneo Collesium. If you were ever wondering about the repay value, battles are now more intense that there is a far greater trade-off when your character uses magic and MP which you might need more later on.