Recently, a particular 42 year old man has just tested positive for coronavirus a little after going to the hospital saying that he had been experiencing testicular pain, doctors have revealed. The man recently reported no cough or even shortness of breath which are two of the most common COVID-19 symptom but that he did have a fever that later on vanished after two days. 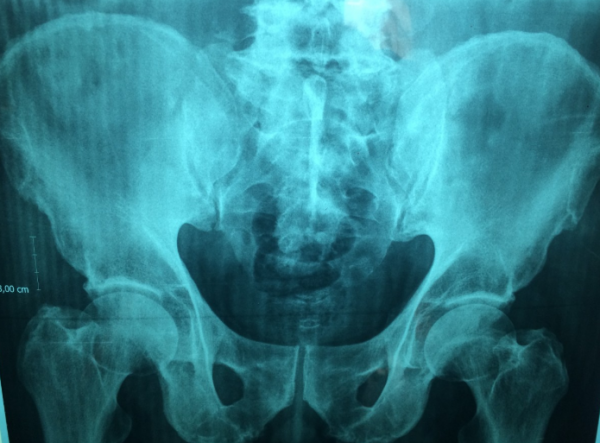 The doctors had then urged the man to seek out emergency help because of the reported 'stabbing' pain that he was experiencing in his testicles, stomach, chest, and also his back which had apparently lasted for a week.

Medics have just recently revealed that his testicles were 'normal' and a recent X-ray of his chest actually came back as cleared. The man has been diagnosed with pneumonia a little after going through a CT scan which showed existing damage in his lungs that the previous X-ray did not show.

His physicians had actually failed to tell the ER doctors that he had also been tested for the killer virus a little after attending a conference located in Boston which was linked to several cases. This meant that the man was actually treated by doctors who were not wearing PPE and even sat in the waiting room with the other patients for about two hours even before being treatment.

According to the doctors over at Harvard Medical School, testicular pain is not yet considered a symptom but the doctors did warn of an 'atypical presentation' of the coronavirus.

This case report actually follows the concerns from scientists over in China who had claimed last February that the virus could even attack male reproductive organs. The virus was reported to bind to different cells which are actually found in abundance right in the testes which could later on lead to 'tissue damage', the team speculated.

Experts have still been stressing out that men do not actually need to be concerned about their own testicles during this pandemic until accurate and robust research is conducted.

There were two medics from the Harvard Medical School that described an 'atypical' case of the COVID-19 in The American Journal of Emergency Medicine writing that, "We present this case as a lesson learned from the front lines and to bring awareness of atypical COVID-19 cases as they continue to present."

The man had already been treated for constipation by his own family doctor before actually being advised to go to the A&E. He had been suffering a 'constant stabbing pain' in his abdominal area, back, and also testicular area even without having a cough, sore throat, or even shortness of breath.

The lead author by the name of Dr. Jesi Kim has recently said that a physical examination of the man found nothing abnormal except the tenderness in the stomach. Only a CT scan later on revealed something wrong with the base of his lungs.