Brand New Galaxy Smartphone: Hidden Selfie Camera Feature And How It Fares Against Other Androids 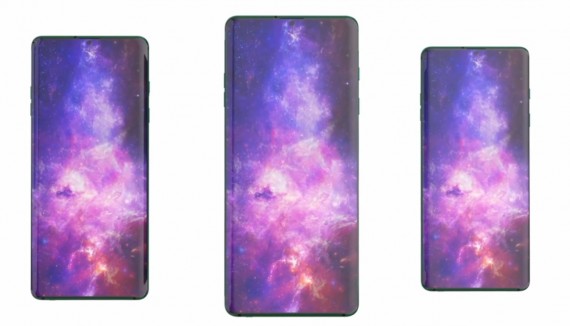 Recently, smartphone developer Samsung has had several complications with its flagship models' camera features, and especially its most recent release, the Galaxy S20 Ultra, which had somewhat of a struggle lately.

Trending news reveals a brand-new upgrade to its previously less famous predecessors, an all-new under-display selfie camera. This innovation comes along to solve the problem of a clunky view of the camera.

What should you expect with the addition?

The new addition, which is reportedly coming to the next-generation Galaxy S21, came from a tweet by Ice Universe, a respected Samsung Insider, stating on Twitter Samsung's intent on utilizing the state-of-the-art technology on its upcoming flagship model and are currently figuring out the mechanics of actually implementing the usage.

The insider also previously predicted the use of the under-display camera feature on a Samsung smartphone this year, reassuring the thought that it will not be implemented on the Galaxy S20 and Galaxy Fold series, preferably on the soon to release Galaxy S21.

The innovative technology shouldn't be expected to have a more excellent camera display quality on its own though, as it serves a primary role is purely visual.

It is still unclear how the company plans on maintaining its high-quality image quality with the new technology needing a screen to be placed in front of the camera. Rivals Oppo and Xiaomi have had similar endeavors but still have some flaws to work around with.

In the case of Oppo, they were unable to completely keep the camera hidden from view where it was still distinguishable. Lu Weibing of Xiaomi stated the difficulty of hiding the camera of a smartphone using modern technology. This brings forth the challenge to Samsung, and the question if they have successfully achieved what other brands have had struggles with.

Along with the effects of the current global pandemic, smartphone shipments decreased by a whopping 38% in February alone, compared to the same timeline in 2019. Even so, smartphone developers are cranking up their production to try and ramp up their sales to make up for the losses.

Some alternatives to look into

What new features will the upcoming S20 bring to the table? Only time will tell. In the meantime, here are some of the upcoming phones in the spring and summer of 2020 that could rival any new releases.

The second installment, however, is built upon the lessons of a failed past and is expected to be released sometime in the second quarter.

The P40 series is a group of three separate smartphones, which include the standard P40, the P40 Pro, and the iconic P40 Pro Plus. The latter of which is the most anticipated in the lineup, sporting a powerful 10x optical zoom lens and be useful in low-light photography. The reported release date is around June, but unfortunately, due to political problems, it will not be released in the US.

Another model from Samsung's lineup, the Note 20 uses the Galaxy S20 as a foundation for its mechanics and features. It improves upon what has been tried and tested to a whole new level.

Initially, the Galaxy Note 20 was to come out as early as July, but due to recent events, it has been pushed back, without a possible date being given out.

Both of these additions from Xiaomi will utilize a massive 108-megapixel camera sensor, which was first seen on the Mi 10 Note, developed hand-in-hand with Samsung.

These phones are expected to be rolled out to European countries and possibly in the US as well.

The budget phone series of Samsung unveils the new Galaxy A models, which are rumored to be very affordable.

Not to run behind the race, Apple is also releasing a new model soon, and a budget-friendly one at that, In April, the iPhone SE will hit shelves and incorporate separate features of previous models from the famous brand. A starting price of $399 makes it relatively cheap for most users.

Read Also: Final Fantasy VII Remake Goes Live On PS4: Here' What You Should Know As You Dive In To The World Of Midgar And Begin Your Adventure