Budget Phones with HDR: Google Is Bringing The Heat With Its Android Go Phones 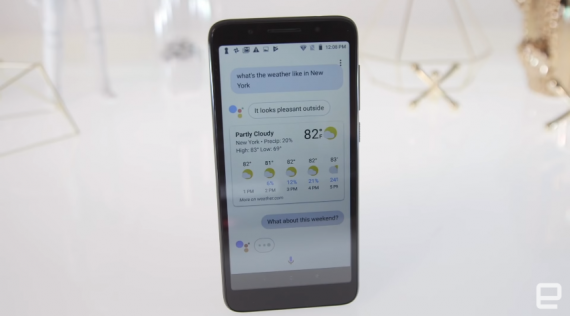 Google's very own Android Go phones are soon getting a brand new upgrade just as Google is preparing to bring the HDR camera software to its very own budget lineup!

The possibility of Android Go phones and HDR

The GCam modders that are looking into the Camera Go app have just discovered that there is actually a new "Detail Enhance" toggle in the camera's own settings right beneath the Flash and Face Enhance. This new toggle also includes an HDR mode (short for High Dynamic Range).

The HDR can actually be turned on, off, or even put into automatic mode. There does not yet appear to be any HDR+ but is actually on Google's camera software for its own premium Pixel series. High Dynamic Range is very important for budget phones since they actually improve the photography aspect of these phones significantly.

Instead of paying about $1000 for a good camera, the HDR actually enables your budget phone to imitate the functions of an expensive smartphone's camera. Google has started to see the importance of budget photography which is why it is deciding to prioritize adding the HDR to its Android Go phones is a good move for Google.

Since most of the Android users like to expect a few more features for the few dollars they are paying, they won't merely just tolerate a phone sold at an affordable price. The race right now is to how much they can get from the actual price they are paying.

The Android Go is the name from a quite different series of budget smartphones that are run by Google's very own Android software. The "Android Go" is quite different from the standard Android because of its lightweight version of the OS.

These budget smartphones usually have really small storage space and this means that every single MB and GB is important. Sometime last month, Google previously announced the Camera Go for its very own Android Go series.

The Camera Go is a really lightweight camera app that is said to provide the essential camera modes for its user.

Read Also: Facebook's AI Runs 5x Faster on GPUs and Now Beats Google! What Could Be Next for the Tech Giant?

Now that Google itself has announced that it is bringing the HDR to the series, it is now much easier to see where Google is taking the budget phone series in general. Whether or Not Google brings its HDR+ from its premium Pixel series to the different Go series is still a mystery to everyone.

This move by Google seems to be an evolutionary step for not just their own budget phones but for all budget smart phones in general.

Bridging the gap between the features offered on budget phones compared to the different features offered to luxury phones would result for the improvement of both phones in general. As a rule, the more competition there is, the more the manufacturers are pushed to offer something more than their competition.