The massively popular DJI released its initial Mavic Air drone in January of 2018 at the cost of $799, which was thought of at its time as a fantastic piece of technology. Vjeran Pavic from The Verge shared their thoughts about how amazing it was.

Being a high-quality flying buddy, it wasn't the optimal choice if you're looking to take the best photographs or videos.

After two years from the Mavic Air's release, a successor made by DJI seems to be knocking on the front door.

The rumors that started it all

One of the things that urged fans to think of the possibility of a release is a scheduled event by DJI on Monday, April 27, at 9:30 p.m. ET, where they teased it with a post on Twitter early this week.

Fans believe that event is set to announce the new Mavic Air 2, as there havef been leaks of photos and the manual from Anatel, a Brazilian telecommunications standards supervisor, similarly to the US' Federal Communications Commission.

If the rumored leaks from Anatel are accurate, this could show us how the sequel to the popular unmanned aerial vehicle would look like, as initially shared by a Brazilian drone site named DroneFriendly. You can even see the Mavic Air 2 name on the arm of the beast.

What sets it apart from its previous model?

To compare, here's a look at the original Mavic Air released by DJI. First notes are the two seem to look quite different, not sharing any essential details or features between each other. 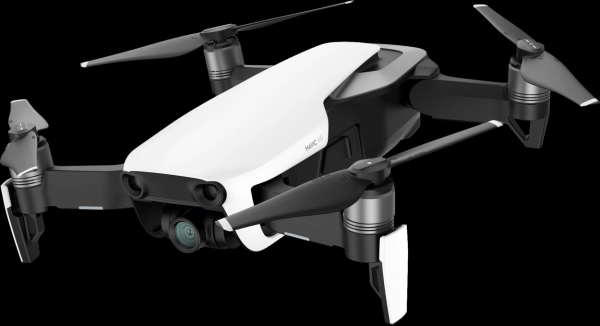 A closer inspection at the new drone's power source reveals a supply of 3,500 mAh, a much larger size from its predecessors 2,375 mAh battery supply.

Pages from the manual are also included in the leak and show the bits and pieces that are needed to build the drone and make it work. It also includes a guide on how to use the controller and what it does, as well as specifications regarding the power output and range capabilities that one can expect.

From initial translations by DroneDJ, the drone is designed to capture 4K video resolution along with 48 Megapixel pictures and will be able to fly at a maximum speed of 68.4 km/h for a maximum duration of about 34 minutes.

One of the most significant upgrades from the Air is the increased flight duration, which was boosted from a mear 21 minutes of flight time, as stated by DJI.

Some more photos have surfaced online, such as from a Twitter post shown below, that gives us a better idea of the way the drone folds inwards, as well as a look at its controller.

The DJI Mavic Air 2 is also featured in an FCC Filing, although there isn't much available information about the device placed there.

Read Also: Razer Releases Dazzling Wireless Pikachu Earbuds In A Pokeball-Themed Charging Case for $120: Is it Worth It?