Want to Know Why AMD is Cheaper than Intel? A Thread on Quora Answers This Question 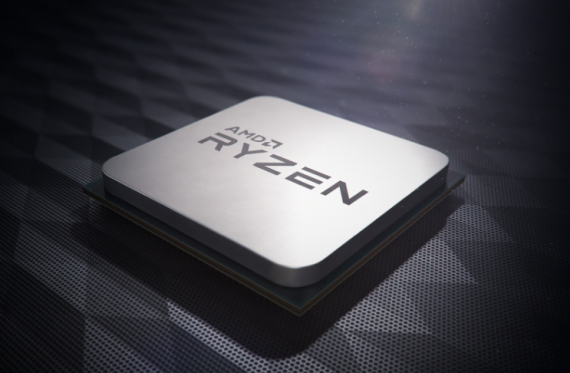 Want to Know Why AMD is Cheaper than Intel? A Thread on Quora Answers This Question (Photo : Screenshot From AMD Official Facebook Page)

Ever wondered why AMD is cheaper than Intel despite offering better performances in certain aspects? Well, a thread found in Quora.com gave some really insightful answers as to why this is the case.

In the world of gaming computers, AMD and Intel have been going at it for quite a while as the customers are left to pick between the two. Most of the diehard gamers would rather pick AMD because of its high performing specs at a much cheaper price compared to Intel.

The thread explaining why AMD is cheaper

According to the thread by Lachlan Shoesmith, Intel is now still perceived as the best manufacturer of CPUs and although Ryzen could definitely be an excellent product, a lot of people are still more comfortable with Intel since they were able to enter the market much earlier than AMD.

Right now, the only way for Ryzen to succeed is if Ryzen is able to offer something more than what Intel can offer. Intel has already been in the market for quite some time and with its position at the top, it has slowly been hiking up its prices to match its popularity.

Read Also: The ASUS' Prime Z490 Motherboards Leaked for Intel's Comet Lake-S! Is AMD in Trouble or Will They Still Remain Number One?

With that being said, AMD is actually able to offer much lower prices by thinking that even if their margins are lower, the quantity of the CPUs being sold should definitely make up for the differences

Looking at things through a technical standpoint, Ryzen chips can actually be cheaper to manufacture due to its use of the 'Infinity Fabric' technology which allows for the AMD to make even better high core-count CPUs with modules of 4 cores (Lachlan Shoesmith thanked Connor Tarabocchia for mentioning this part).

The difference and similarities

The manufacturing procedures is exactly the same in the whole GPU market, except, AMD is not just making the same sort of breakthroughs. NVIDIA has even started toying with their Radeon at this very point. The Volta is almost ready and yet NVIDIA can still afford to wait before officially announcing it since everyone is still very happy to buy the pricey Tis.

The Vega was actually supposed to change the whole game although it did not. Polaris is also not succeeding either considering the whole unmatched power efficiency and brand name that its own 1060 offers.

The only way that AMD can still continue to sell cards right now is their pricing, brand loyalty, and also the use of their mere processing power which is not just useful for gaming alone but also for many other functions!

The thread concludes that AMD is priced at a much cheaper level due to its brand name and position in the CPU department.

Recently, consumers are starting to see clearly the difference between Intel and AMD with a lot of previous Intel fanatics crossing the boarders into AMD territory and never going back because of how good of an experience they have had.

AMD has recently announced its new "Zen 3" Architecture, which is expected to hit the new AMD X470 and B450. The announcement was released on Reddit.

Confirmed! Microsoft's Surface Book 3 Gets an Intel Core i7 Along with 32GB of RAM: Find Out More

Microsoft's Surface Book 3 comes closer to reality and as it does, additional specs have been revealed!

Epic Games has made Borderlands: The Handsome Collection free for a limited time. Here's how to get it for yourself and how to be prepared when you play the games in the collection!