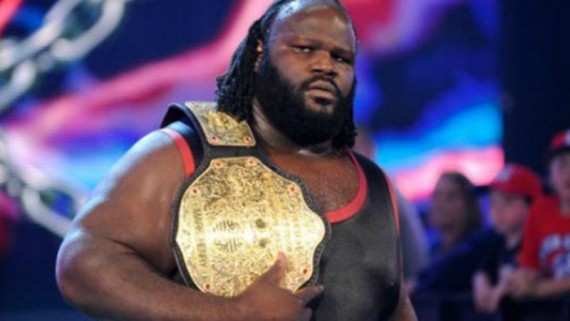 Mark Henry was a former WWE Hall of Famer and recently recollected a tense encounter he experienced in 1996 with Michael Jordan, the famous six-time NBA Champion. The event happened ahead of 'The Last Dance,' a Michael Jordan Documentary series that will be airing on ESPN.

At the time, Mark Henry was rising as the most popular Olympic Lifter in US history, being interviewed by several well-known hosts and appearing top-rated shows. He also got acquainted with a couple of the men's basketball team, including Charles Barkley.

This is when Jordan saw them; however, he was less than friendly. Henry shared he went with Charles to the hotel, and as they arrived in the lobby, Michael walks up to them. He didn't greet with an introduction, but rather, an aggressive 'Who are you? I said, Who the fuck are you?'

Charles and Henry were dumbfounded. Mark didn't like the introduction, as he believed he was worth the recognition as one of the most famous Olympic players. He may not have had the financial income as Jordan or even the branded shoes of his name, but he had enough power to put Michael in his place.

Before any further conflict happened, Charles smoothed things over with Michael, and the NBA Superstar was quick to apologize. 'My bad, I didn't want to come across like that.' and that he meant no disrespect.

Henry stated he was able to beat Michael in a fistfight easily and shared he look at him like he was going to go all Thanos on him and erase him from existence.

Things were calmed down after that, Henry shared, and both of them got into friendly terms as Jordan invited him to the NBA All-Star Game and his birthday party.

Mark Henry would later end up finishing the 1996 Summer Olympics in 14th place in weightlifting due to an injury. His reputation then landed him a spot in WWE as Vince McMahon turned his attention towards him.

Mark entered the wrestling scene by debuting in an episode of Monday Night Raw by slamming Jerry Lawler, who was ridiculing Mark during an interview in the ring. He was signed for a ten-year contract with WWE and trained by Leo Burke, a professional wrestler. His first match was at 'In Your House: Mind Games,' which was aired on September 22, 1996, where he won against Lawler.

The two would then share a rivalry that came to be a popular event within the show. Henry also went toe-to-toe against Goldust, serving as a cornerman for Barry Windham.

In 1998, Henry joined the faction consisting of Farooq, The Rock, Kama Mustafa, and D'Lo Brown, but after The Rock took the position of leader over Farooq, Mark switched sides to The Rock.

Mark Henry would continue his WWE career by participating in matches and factions over the years and make his reputation as the World's Strongest Man.

Becky Lynch has just recently announced her pregnancy naming Asuka as the next WWE Raw Champion. Will she ever return?

No WWE 2K21 This Year? Should Wrestling Fans be Sad or is 2K Planning Something Else?

Rumors have started to surface that 2K Games won't be releasing WWE 2K21 this year. What on earth is 2K up to?