Temperature Changing Smart Fabric Can Adapt to Both Hot and Cold: Scientists Points They can be Mass Produced 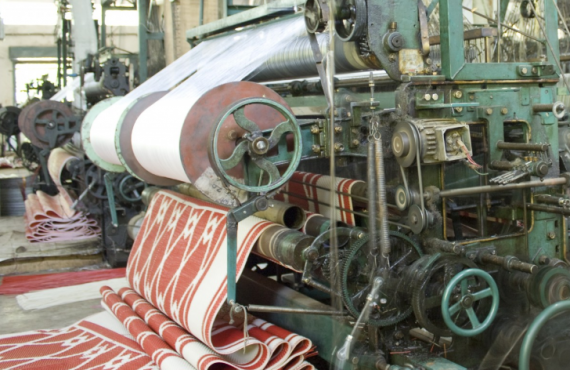 Temperatur Changing Smart Fabric Can Adapt to Both Hot and Cold: Scientists Points They can be Mass Produced (Photo : Screenshot From Pxhere Official Website)

There's a new type of what is known as "smart fabric" that has been developed in China and is able to heat or cool the one wearing the fabric depending on the weather! Scientists were able to take the sugar from the skeleton of a certain shellfish in order to form microscopic holes, which actually contain chemicals and are able to absorb and release thermal energy.

This technology allows the fabric to easily adapt to different changing weather conditions, keeping its wearer either cool in the heat of midday or warm when an evening storm happens to blow in. The garments are made to be worn both indoors and outdoors, reducing the need for either air conditioning or heat and leading to huge energy savings.

Smart textiles works by sometimes warming or cooling the body but cannot typically perform both functions. The new fabric is actually not just light, strong, and can be dyed with different colors, but it can also heat up and cool the skin with no need for an external power source.

One of the developers has previously told MailOnline that the fabric could actually be put to commercial use just like other clothing fabrics as well.

In order to develop this fabric, Professor Guangming Tao from the Huazhong University of Science and Technology in Wuhan and his fellow researchers were reported to have used a number of different chemicals.

Firstly, they actually freeze-spun silk along with chitosan, a material that can be found from the hard outer skeleton of a certain shellfish, into colored fibers with different porous microstructures. Then next process is to fill the pores with a certain polyethylene glycol or PEG, a certain phase-changing polymer that can absorb and also release thermal energy.

The fabric threads are then coated with polydimethylsiloxane or PDMS, a known non-toxic and non-flammable organic polymer that is supposed to keep the liquid PEG from potentially leaking out.

Testing out the fibers

In order to test these fibers, researchers have woven them into a certain patch of fabric that they then put into a polyester glove. The results of the fibers were strong, flexible, and also water-repellent. A certain volunteer would then be wearing the glove with their hand placed in a hot chamber of a surprising 122°F.

This solid PEG then proceeded to absorb heat from the environment, melting into a certain liquid and cooling the skin right under the patch. The hand was then moved to a certain cold chamber at 50°F where the PEG solidified and proceeded to release heat warming up the skin.

Read Also: Halo Warthog in Real Life? A New Armored Truck Is Said to Come to Life In Preparation for the Apocalypse!

Most of the traditional "smart textiles" have only been able to provide just one function and they often require external power sources which in turn make them less practical. Researchers that this technology can be taken to the level of mass production as it is currently very compatible with the existing textile industry today.

The findings of this study were previously published in the ACS Applied Materials & Interfaces.

Razer Releases Dazzling Wireless Pikachu Earbuds In A Pokeball-Themed Charging Case for $120: Is it Worth It?

Get the brand-new Pikachu-themed earbuds that come along with a Pokeball-themed charging case now!

China may join in the upcoming robot wars, challenging giant fighting robots made by USA and Japan. Dubbed the Monkey King, the latest megabot challenger may kick off a robot fighting league.