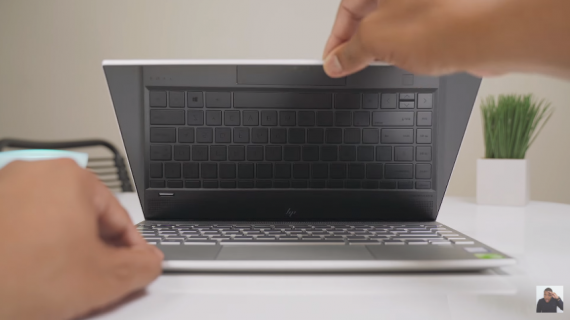 Just like how Nvidia promised sometime earlier this month, HP's brand new notebooks are created for those creative professionals featuring a top of the line Quadro and GeForce RTX graphics card along with 10th generation Intel Core processors! The ZBooks themselves are also the very first mobile workstation that makes use of recycled ocean plastic to manufacture!

Only a few weeks ago, Nvidia previously announced 10 different laptops in its new RTX Studio family, which are generally optimized with the latest hardware along with drivers for content creators who might be working on ray tracing, video editing, and even other digital media applications.

It has also promised a few more systems from HP to follow quickly, and the PC maker has finally fulfilled that promise just the other day with a banging trio of new laptops that were crafted for digital media professionals!

Two of the new laptops are the latest in HP's very own ZBook family of mobile workstations that come in addition to the latest components known as the ZBook Create along with the ZBook Studio lose bezel space from the past versions while getting a brand new vapor cooling chamber technology in order for it to be able to help handle the type of power that is required by the new hardware.

The other material innovations actually include being what HP themselves claim is the very first mobile workstation to use recycled ocean-bound plastic! Aside from just the power of their new laptops, they also help you contribute to the recycling of materials that would otherwise cause harm to the environment.

HP has been calling the Create "the world's smallest 15 inch notebook for gaming and creation", it has been referring to the Studio as "the world's most powerful mobile workstation per cubic centimeter."

The laptop is said to offer a massive 17 hours of battery life according to the manufacturer but you'll have to wait until August until you can get a hold of them.

On the other hand, the creator centric Envy 15, just likes its Zbook cousins, relies on a vapid chamber cooling and is the very first envy with a glass-covered touchpad! The laptop comes as an Intel Core i9 CPU 10th generation model, with Nvidia GeForce RTX 2060 graphics card, 2TB of storage, and a massive 32GB of RAM!

This new Envy 15 also uses a 4K OLED touchscreen display with about 400 nits of brightness and a 100% DCI-P3 color gamut with a massive Wi-Fi 6 connectivity! Aside from these components, the laptop promises fast charging in just 45 minutes and is priced at $1,349.99, which means the ZBook might be a bit pricier.

This mobile workstation with its massive specs could give birth to a new wave of creative creators that could bring their work just about anywhere with the Envy 15.

Read Also: Want to Know Why AMD is Cheaper than Intel? A Thread on Quora Answers This Question

Check out the perfect computer desks for the flexible working positions.

Should you Buy The Latest HP Envy x360 Laptop?

Pick the perfect laptop for creatives and launch your freelance career forward. Find out three things to watch out before making that huge purchase.