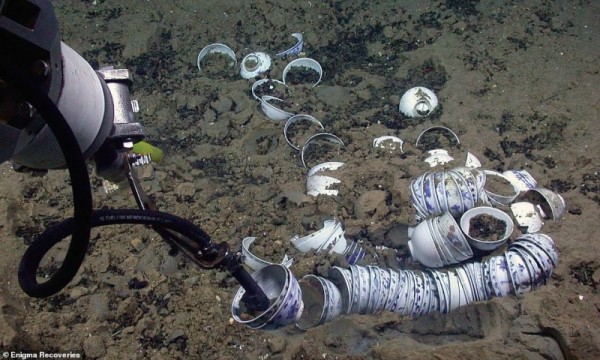 A team of archaeologists has recently discovered several shipwrecks in the Mediterranean using a robotic vehicle that held many antique artifacts. From Chinese porcelain to Italian Jugs and plenty of others.

The British-led expedition found a site of 12 ships on the sea bed around 1.2 miles below the Levantine Sea. The team utilized sophisticated diving robots to uncover the remains.

The wreckages were discovered within ancient 'shipping lanes, ' which served as the prominent pathways for traders to transport their goods of spice and silk from the Greek, Roman, and Ottoman empires in 300 BC onwards.

The findings consisted of the biggest ship ever found in the Mediterranean. They were located in a muddy area on the eastern seabed found between Cyprus and Lebanon, which was challenging to navigate through.

Archaeologist, Sean Kingsley, from the Enigma Shipwreck Project (ESP), told BBC Radio 4 the discovery couldn't have been any better and that for Archaeologists, it was the same achievement as finding a planet.

He said, 'There's sort of an embarrassment of wonders here - we've got the earliest Chinese Ming dynasty porcelain found under the Mediterranean Sea.' Kingsley also added the difficulty of locating these artifacts, but that once they are, they are well-preserved. 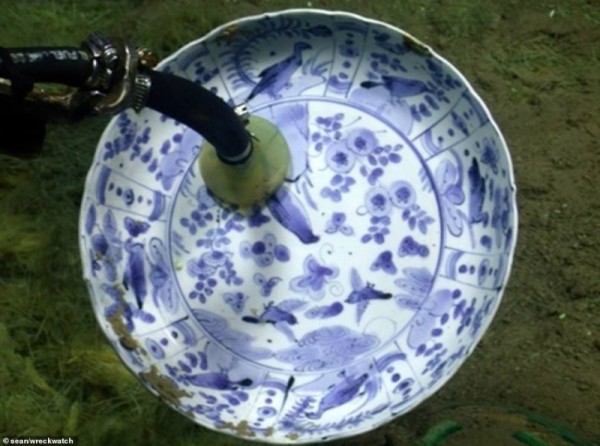 The western Mediterranean is filled with piles of amphoras, unlike the eastern part, where most findings are mostly covered in mud, Kingsley noted.

The finding also leads to the discovery of a previously unknown route between China and Persia that was supposedly used to transport silk and spice. The archaeologist also shared with The Guardian, his surprise about the quality of the shipping compared to any other ones within the same era.

One of the ships was that of a massive 17th-century Ottoman merchant ship that stretched for 140 feet, which had enough room to carry two regular-sized ships atop its deck. Its size rivaled its cargo, which contained hundreds of different artifacts from 14 different cultures and civilizations. 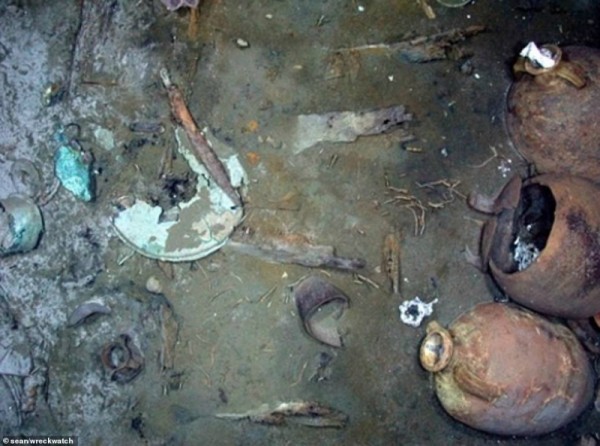 ead Also: Temperature Changing Smart Fabric Can Adapt to Both Hot and Cold: Scientists Points  They can be Mass Produced

The artifacts include the earliest Chinese porcelain from the Mediterranean wreckage, painted jugs hailing from Italy, and twelve coffee pots and peppercorns. The massive ship was filled with twelve 'ibrik' copper coffee pots, most likely crafted in Egypt or Turkey. 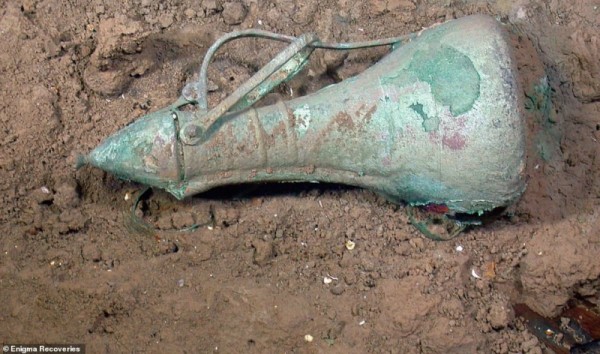 The cargo also consisted of glass and ceramics from several different countries, along with some Arabian incense. 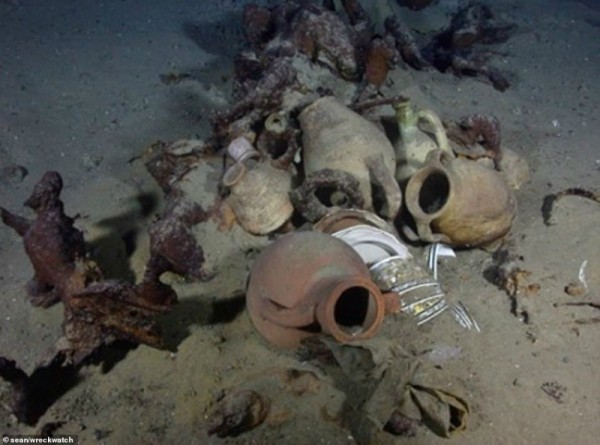 Kingsley noted its size, stating it served as a prime example of maritime technology at the time when trade via ocean routes was the most popular and profitable thing to do.

The Chinese porcelain aboard the ship was made up of 360 assorted kitchenware that was produced in the time of Chongzhen between 1627 and 1644.

The wrecks also contained the earliest Ottoman clay tobacco pipes, which were most likely illegal during that era. 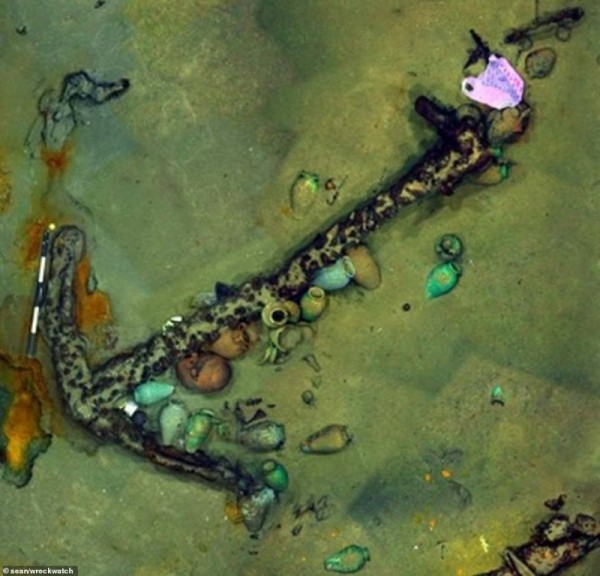 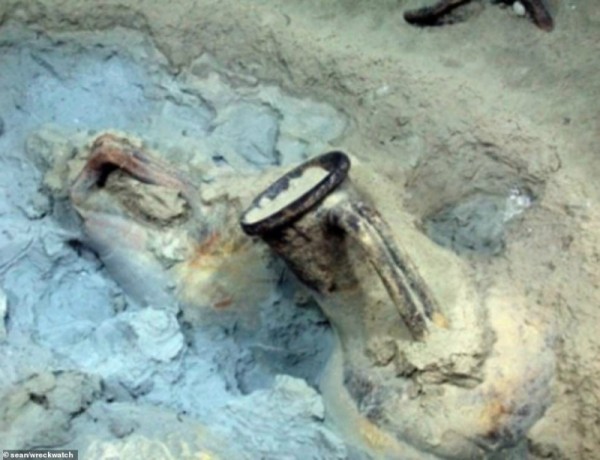 Other cargoes discovered consisted of pottery, plant shades, and coconuts, and grain.

The robotic vehicle the archaeologists used to find the wrecks recorded the sight via digital photography, HD video, photomosaics, and multibeam. It also utilized sounds to map out the deep sea area. It plowed through the region of debris and dug up the remains.

Kingsley said the robot was very sophisticated as it was their eyes and ears under the water, where the team could maneuver it while staying safely above the sea. He also shared their capabilities, such as being sensitive, having underwater suction, vacuum, and hoovers, which can hoover a large area depending on what you want or need.

The robot replicated what archaeologists would do by hand in shallow waters but did it in the depths.

It took nearly two hours to transport the robot to the dig site, which was at a depth of 39 Nelson where scuba divers cannot go to.

The ESP hopes their findings would be viewable by the public through a famous museum.

Read Also: NASA: Another Asteroid Larger than the Leaning Tower of Pisa will Pass Closely To Earth On Monday Along With Several Others on the Watchlist: Here's How to Take a View