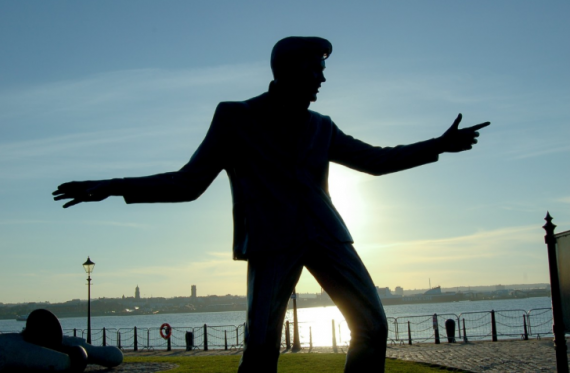 Recent vibrations captured from a certain collision of two different black holes deep in space harmonizes smoothly with the first notes of "I can't help falling in love with you" by Elvis Presley! Researchers were able to find this exotic merger of two black holes with one weighing three times more than the other.

The mass imbalance then created different frequencies which resonates with the General Theory of Relativity or Theory of Gravity by Albert Einstein. Scientists have suggested the origin of the two black holes came from two stars that were first orbiting one another then suddenly collapsed or formed and collided as they then moved through space.

This recent discovery was made by the Polish Academy of Science's researchers, who believed this merging of black holes could possibly reveal how these empty spaces form, according to Science. The leader of the Independent Max Planck Research Group, Frank Ohme, said that they heard GW190412's gravitational waves of a specific superior harmonic, which was similar to a song by Elvis!

Frank Ohme said that the systems with unequal masses do cause gravitational wave signals that are actually much stronger which makes them possible to hear. The very first gravitational waves from certain colliding black holes were first discovered back in 2015 by none other than the Laser Interferometer Gravitational-Wave Observatory (LIGO).

This is the very first time that a pair of different masses were found. The first weighing 30 solar masses while the second weighs just eight. This event happened 2.4 billion light-years away according to Maya Fishback, a known physicist and LIGO member at the well-respected University of Chicago according to Science.

A postdoc fellow from the Dutch National Institute for Subatomic Physics or Nikhef, Anuradha Samajdar, along with other members of the esteemed Virgo Collaboration said that this is very exciting news and an opportunity to test Einstein's theory.

With the collision came certain gravitational waves of different frequencies which actually coincide with Einstein's theory. The study points that it could be because most of the black holes spiraling towards each other usually have the same mass, they oftentimes produce a single frequency.

The study points out that because of their different masses, they produced weaker waves at higher frequencies known as "overtones". The team then tried to listen to the sounds and found the first two notes of Presley's "I can't help falling in love with you" as a direct match for the first two notes.

The researchers then explained that these frequencies could then be identified as the C and G notes on the piano. The gravitational waves known as "ripples in spacetime" were first predicted by the Theory of Relativity by Einstein.

These types of "ripples in spacetime" can actually be produced when black holes orbit one another or when galaxies merge. These gravitational waves have also been thought to have been the cause of a Big Bang.

Read Also: [NASA Reports] Moon, Jupiter, Saturn, and Mars to Reach Near Alignment with Lyrid Meteor Shower on The Way: Here's How to Catch it

See in this video how this black hole deceived astronomers by hiding in the orbit of one star that's part of a twin in just yet another astronomy breakthrough!

Astronomy just got more exciting with NASA's Hubble Space Telescope finding a black hole in the galaxy that is 50,000 times the size of the sun!

Middleweight Black Hole In Star Cluster Is First Of Its Kind

The discovery of a middleweight black hole stuns astronomers as it is the first of its kind. Only small and supermassive black holes have previously been known.