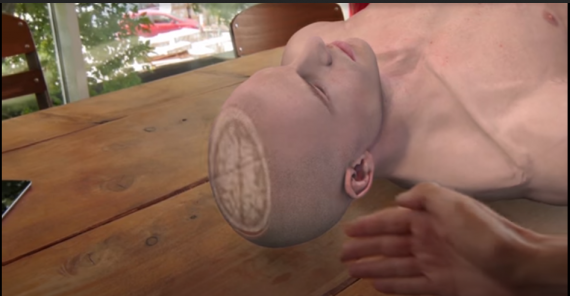 You can perform virtual cadaveric dissections and experience shared views of the model. You may highlight, hide or make structures fade to better understand anatomical relationships.

Watch how it works below:

READ ALSO: Ever Heard of a Virtual Reality Gaming Chair? This Startup Company is Making it Happen!

Researchers from Carnegie Mellon University have devised a machine that mimics the feeling or resistance of a real-life object that is seen virtually.