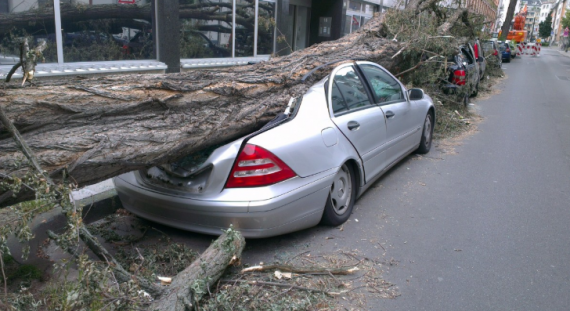 The twister was labeled "extremely dangerous," according to the National Weather Service themselves. It was seen over the Seven Oaks territory, which is located about 9 miles to the north of Livingston. It was reportedly moving east at a speed of 45 mph.

Officials have warned the residents living in that area to take immediate cover as the twister suddenly moved through. According to the Texas Department of Transportation themselves, the tornado actually also struck a certain subdivision located near Onalaska called the Yaupon Cove.

Even FM 356 over in Onalaska was actually shut down due to the damage caused by the storm. Officials then warned people around the area to avoid certain areas that could still be in danger due to the tornado.

The damage caused by the tornado

Some photos were uploaded to Instagram taken really near the Onalaska High School that revealed substantial storm damage.

A certain citizen named Amanda Price also said that her brother-in-law noticed that the very pressure they felt off and started holding onto the laundry door as the storm started to blow the back door right off of his own house. Price has said that he lives somewhere on Vince Drive located in Onalaska.

A certain power company located in the affected area has reported that there were about 9,000 people that were suddenly left without power right after the tornado managed to damage several transmission lines. The company has also stated that the tornado managed to cause extreme damage to the power lines around the area and it is still really unclear how long until full repairs will be finished.

The Emergency Operations Center of Polk County has just recently been activated. The shelters over at the Onalaska junior and senior high schools are currently going through the process of opening up for those who are in need of emergency shelter.

A certain Zachary Bolten had reported that he had just pulled over at a certain store when he suddenly saw the cloud. According to Bolten, he saw a mushroom cloud that slowly formed into a tornado.

Bolten reported that he had just recently gotten off of work and that he decided to pull over at a certain store located on Highway 59, right after recording a video, he then proceeded to head to his grandmother's house that was located in Seven Oaks.

According to Bolten, the trees suddenly snapped over and her roof was suddenly gone. He said that he is very thankful that his mother was not inside when the twister suddenly hit but he is also saddened that she cannot return to her home anytime soon.

Lady Gaga wowed more than 160 million audiences with her stunning performance, highlighted by more than 300 drones powered by Intel.

Supporters of the 'Defund Planned Parenthood' begin to grow in number under the new administration of Pres. Donald Trump.

Texas seeks to cut Medicaid funding on abortion clinics and other reproductive services for women, adding to a long list of Planned Parenthood problems. The organization is threatened to be stripped off of financial support as a video from anti-abortionist group was leaked last year.

Texas released a revised version of a booklet women receive 24 hours before a scheduled abortion. Critics say that the booklet is biased and clearly shows where the state stands about the abortion issue.

Why Is Climate Change Responsible For Tornado Outbreak?

Frequent tornadoes and thunderstorms that kill people and destroy property have become a matter of grave concern every year. Scientists believe that the culprit here is climate change.