A massive asteroid will be passing near Earth next week, and astronomers have just captured a surprising photograph of the cosmic entity as it hurtles through space. The giant space rock was captured looking like it's wearing a 'face mask,' seemingly to protect itself against the coronavirus pandemic.

The photo of asteroid 1998 OR2, was captured by the Arecibo Observatory located in Puerto Rico using radar imaging. The giant rock is set to pass by on April 29 with a fairly far distance of 3.9 million miles from Earth. 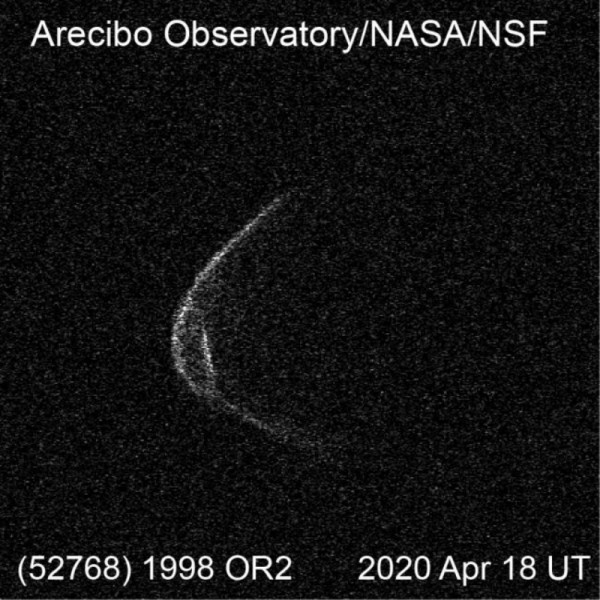 The scientists that took a photograph are currently executing social distancing guidelines as well as wearing face masks at all times while in the facility, which brought about the hilarious surprise awaiting them when they saw the image of 1998 OR2.

The team posted on Twitter that TeamRadar and the NAIC Observatory staff are taking all the necessary precautions to maintain health and safety protocols amid the coronavirus pandemic. 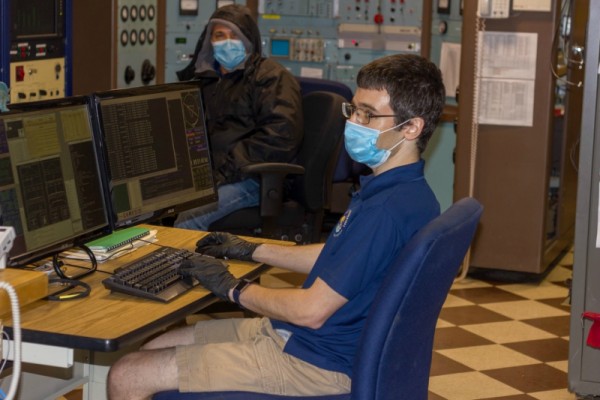 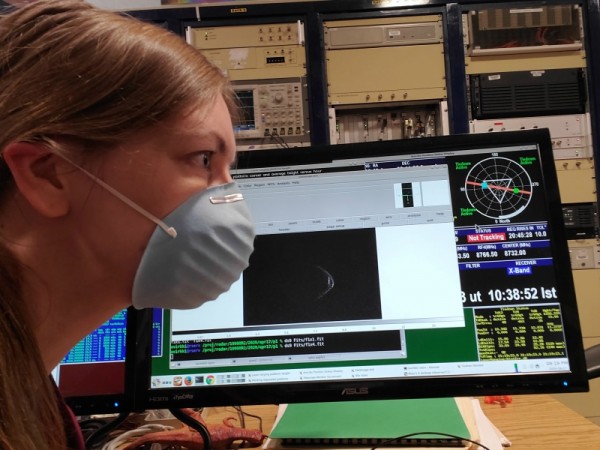 The first observation of the asteroid was in 1998, where NASA gave it its name and is considered to be powerful and large enough to cause devastating destruction if it were to hit Earth. However, the chances of that happening are very slim, as stated by NASA.

NEAT Project Manager Dr. Steven Pravdo of JPL stated the finding is a result of the continuous improvement and technological advancements of NASA with their observation and computing equipment.

CNN reported the asteroid orbits around the sun and has a cycle every 1,340 days or 3.67 years.

Experts have estimated the size of the asteroid to be between 1.1 and 2.5 miles wide, which makes it large enough to wipe out humankind if the event were to happen, as unlikely as it is. OR2 is expected to pass us by a fair distance.

Not the only one

The European Space Agency (ESA), however, notified last year there are currently 878 asteroids that are more likely to make an impact with our planet in the coming century.

They also said that smaller asteroids could leave a disastrous effect upon collision. The threat has urged several other agencies to contribute and immediately search for any possible asteroids that fit the criteria.

New technologies are also being developed in the hopes of deflecting space debris along with tactical discussions across Europe for these advancements.

The ESA said the catalog documents every single asteroid that is currently known that poses even the tiniest chance of impacting Earth as what is called a 'non-zero' chance for the next 100 years - meaning that an impact, however unlikely, cannot be ruled out."

The event with 1998 OR2 is set to occur on April 29, and along with this, the Virtual Telescope Project will be hosting an online viewing of the event on their website for free, so whether you own a telescope or not, this is a fantastic opportunity to see a very rare sighting of this powerful space entity.