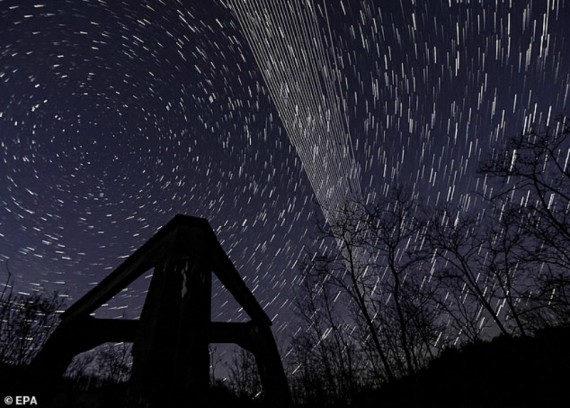 In six months, SpaceX is planning to launch its long-awaited Starlink satellite program, which aims to provide better internet connection worldwide. The program would still start on a public beta stage, allowing SpaceX to make the necessary modifications to better its services.

Although this may be good news for the whole world, some people are still not happy.

Astronomers have recently complained about SpaceX's Starlink satellites glowing too brightly in the night sky, and it's hindering their observations. CEO Elon Musk has stated they will be adjusting the setting on the more than 400 satellites to reduce the amount of visibility they give off.

The satellites have confused gazers with their unusual brightness, even being referred to as constellations.

Musk explained the situation is caused by the angle at which the solar panels are positioned. At the same time, the satellites rise to orbit altitude, which results in the reflection of more light than usual and making the satellites imitate the look of a star in space.

Effects of the project going live

There are 422 Starlink satellites in orbit to date, which includes the ones launched from Kenny Space Center last Wednesday.

The call to fix the issue with the satellites was posted by Musk on Twitter, saying the company is now working on adjusting the angle of the solar panels on all of the operational Starlinks.

Astronomers have expressed their wonder about the predicament that the satellites have been brighter and more noticeable in recent events and have asked if there something wrong with them.

Quick to reply, Musk immediately answered the queries and reassured that the issue would be fixed soon.

The satellites also stay within a short distance of 340 miles away from the surface of the Earth, giving more visibility to most even without the use of telescopes.

Persistence amid the crisis

The company is showing its resolve and dedication by continuing its operations and endeavors amid the coronavirus outbreak. The reason for this is a statement from Musk saying the minimum number of satellites required to begin operations of the globally accessible and affordable internet service is 400. In contrast, an optimal amount of 800 is planned to be placed for moderate coverage.

For maximum performance, however, they believe that a minimum of 1,000 Starlink satellites is needed by the end of the year to hold its own properly. The Federal Communications Commission (FCC) has approved the launch of more than 12,000 satellites.

Musk answered an inquiry on Twitter stating a public version of the service will be live in about six months.

The European Southern Observatory (ESO), however, expressed their concern about the project because the satellites orbiting the Earth, in that sheer number, is enough to cause a 30-50% reduction in reliable cosmic observations conducted from the Rubin Observatory that is being built in Chile and other experts.

The agency said the steps taken by the tech giant SpaceX would not suffice for their observatory leading to efforts of looking into other strategies that could work reliably.

Some public observers have also shared their concerns about the satellites as their light visibly disrupts the natural stars in the sky or make them very difficult to see.

Experts also expressed their concern that the number of satellites around Earth's orbit could become a minefield to any spacecraft that is trying to leave the atmosphere.

One teacher posted an animation from the European Space Agency on Twitter, a rather 'disgusting' image of Earth surrounded by satellites and their debris, citing one of his students' loathing of the clustered area.

#StarLink is cool & all but I'm worried at the about of stuff we're putting up into space. Space debris is a *real* problem.

I put this image up when teaching my year 10s about satellites; one student commented "that's disgusting". I think I'm inclined to agree... pic.twitter.com/fK2N9KRAaN — Dr Edmunds (@edmunds_dr) April 19, 2020

Bill Keel, an astronomer from the University of Alabama, previously said in about 20 years, humans would be able to see more satellites than stars in the night sky.

Some people, however, have voiced the importance of the endeavors or SpaceX and how they can contribute to the increasing need of humans for power and communication.