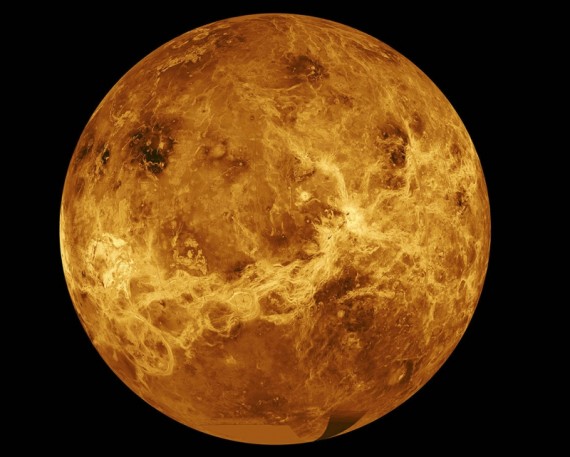 Finding life on other planets has always been both a dream and a hope for many scientists working in the field. Experts have been searching the farthest reaches of the universe to find even a shred of evidence to support life existing on other cosmic bodies. The answer may have been much closer as recent Russian simulations have shown microorganisms surviving in an environment such as Venus'.

The Russian Academy of Sciences' Space Research Institute discovered that micromycetes, a kind of fungi and microscopic organism, can survive in conditions that can be found on Venus' atmosphere. The aggressive environment which contains massive amounts of radiation and varying degrees of temperature isn't enough to hinder the growth of these creatures.

The results from the simulations may lead to proof that similar life can also survive on Mars. The researchers applied the same technique with conditions found on the hot red planet.

The Russian scientists added a handful of microorganisms that hailed from the Arctic region to simulate what could be experienced on Mars--massive radiation and chilling -50 degrees Celsius temperatures. The results were astounding as the organisms were found to be tolerant of the severe conditions as well.

Several microbial environments were collected by the researchers in the efforts of replicating Mars' atmosphere and environment and found the creatures were still thriving in the otherwise deadly conditions.

Read Also: Black Hole Feasts On White Dwarf; X-rays Show It Sucks Up All The Gases And Keeps The Star Close To Feed On

As results were promising, the researchers again simulated another harsh environment found on Jupiter's moon Europa, where a surface of water and ice was present. The bacterias exposed to these conditions were theorized to be capable of surviving at massive depths ranging from 10 to 100 cm in the span of 1,000 to 10,000 years after being released from their icy prisons.

The institute is considered one of Russia's most popular and prestigious space institutes, known for collaborating with other agencies such as Roscosmos, the European Space Agency (ESA), and even NASA in missions that involve studying or heading into space.

Venus is the second closest planet to the sun in our solar system, and it is a dimly lit cosmid body with massively hot temperatures and violent volcanic activity. It boasts a similar size and shape to our little home of a planet.

The atmosphere on the red planet's environment is thick and very toxic as it traps heat in what is called a runaway 'greenhouse effect.' The weather on its surface is strong enough to melt even lead. The surface of the planet is filled with active volcanoes and deformed mountainous regions.

One of NASA's goals is to land a probe on the surface of Venus for further testing and exploration of the steaming hot planet, a challenge that is hampered mainly by dense, sun-blocking clouds. These hindrances cause a lack of sunlight to pass through to the surface and reach the solar cells of potential rovers.

The agency is working together with several different prototypes to find out how to create a machine that could survive the harsh environments found on the sizzling planet.

See what makes Saturn so unique with its geometrically accurate hexagon weather phenomenon and how it works!