Penguins are known to be loving and caring partners among their species. They decorate their nests with sticks and bring gifts of stones to other members of their group. Two penguins in particular, however, were seen sharing a comforting hug.

The penguins in question were reportedly both in the circumstance of having lost their partners. Photographer Tobias Baumgaertner was able to catch the event unfold during his three nights camping a penguin nest in Melbourne.

A heartwarming scene of heartache and support

The pair can be seen starting at the night sky where the elderly female (seen on the right) lays her head on the young male's (seen on the left) shoulder. Tobias shared the heartwarming photo on Instagram and quickly garnered the adoration of his followers. 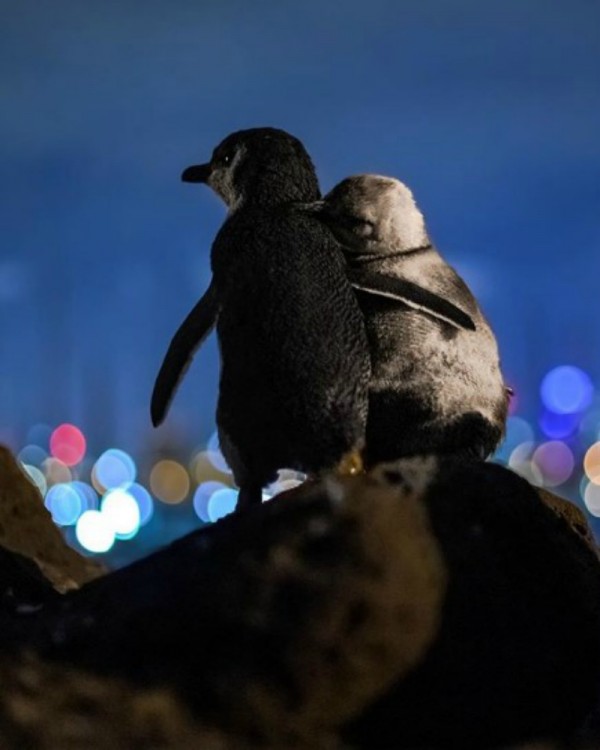 The photographer shared he captured the picture last year but only uploaded it now to bring some sunshine into the lives of those facing difficulties amid the coronavirus pandemic.

Tobias shared his observations of the two love birds where they would stand flipper in flipper for hours on end, just gazing into the distance.

The photographer was told that bolt the male and female have recently lost their partners, and they would meet up regularly to support each other while mourning for their loss.

He also shared the difficulty of getting the shot since the penguins were always on the move. That hardship was added to by the fact he was banned from using any lights and the penguins mostly working on their hygienes.

Read Also: [VIRAL VIDEO] Watch This Toddler Lawyer Her Way Out Of Trouble After She Was Allegedly Caught Playing With Their Dog's Food

Tobias felt incredibly grateful for being able to capture that moment on camera and shared his glee watching the pair console each other. 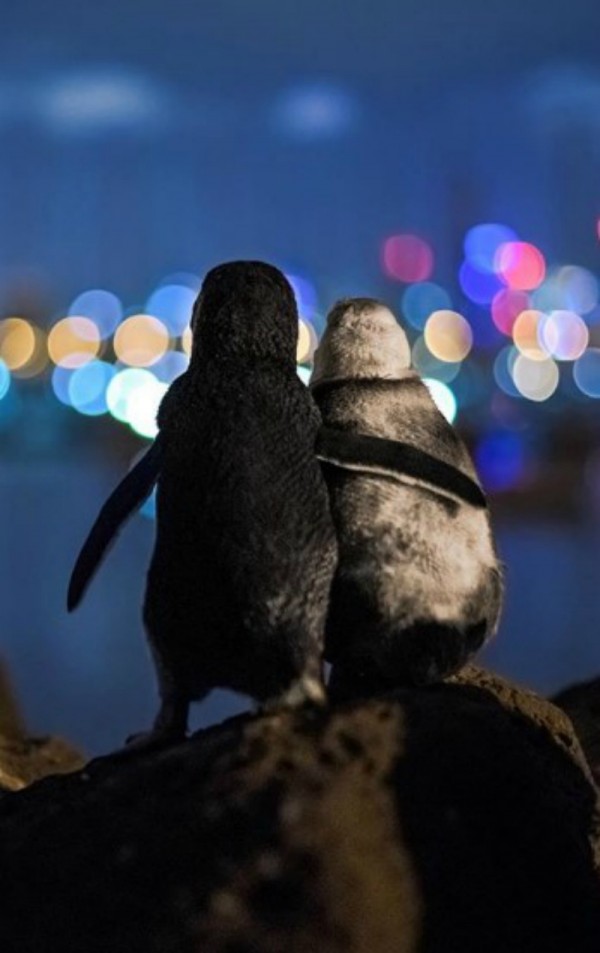 He also shared a bit of backstory to the two penguins' encounter. The pair stood out from the rest of the members of the colony and garnered Tobias' attention. While the other penguins were lazying around and relaxing, these two specific birds enjoyed each other's company.

Their shared situation brought them together with someone who understood very well what they were each going through. He expressed his thoughts oh the beauty of unexpected love and how it can show up out of nowhere in the most inopportune time.

Users who saw the loving photograph were touched, with some saying they shed tears at how beautiful the scene was.

Penguins are wonderful and loving creatures

Penguins usually take the time to find the right mate among the number of potential partners in the group. Once they found them, though, they stick to them and spend their lives together year after year.

Compared to us humans where we give chocolates or other gifts to woo our potential love interest, penguins are a bit more straightforward in that they use gifts of stones or pebbles, the smoothest ones they can find-- to catch the target's affection. If the receiver finds the gift suitable, she will place it in her nest, and thus showing the partner their efforts for affection were rewarded.