DJI Mavic Air 2 Releases This May At Just $799! Learn More About Its 4K Resolution Drone Camera Specs to Much More 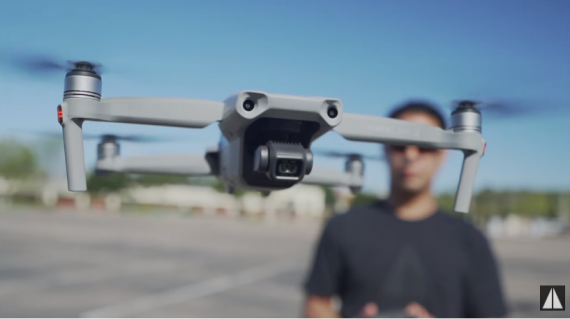 DJI Mavic Air 2 Releases This May At Just $799! Learn More About This Unmanned Aerial Vehicle From Drone Camera Specs to Much More (Photo : Screenshot From FlytPath YouTube Channel)

The popular drone makers named DJI has recently announced a new update to its well-known Mavic Air quadcopter today. Currently, this Mavic Air 2 is priced at $799 and will be available to all the United States Buyers during the latter part of May.

This is the exact same price as the past Mavic Air model showing that the company wants to keep their products within a certain price range with the Mavic Mini priced a little bit cheaper.

Although the newer version has put on some weight, according to consumer surveys, the users would much rather an upgraded flight time, better handling, and better specs even if it comes with a few extra grams. The new Mavic Air 2 will be able to last at least 34 minutes which is a huge increase from the 21 minutes of the previous model.

Finally, what's a drone without a camera? This specific drone's camera uses a half-inch sensor, up from the previous 1 and 2/3 inch sensor that the previous model used. This means that you would be able to get much sharper images and better resolution, especially because these output specs have not actually changed too much.

This new camera will still be outputting the 12-megapixel stills, but it will now have a bigger sensor in order to fill that frame with even more detail. There is also a new composite image option for you to be able to join together multiple single shots into a huge, 48-megapixel image.

Another interesting addition to the DJI Mavic Air 2's arsenal is the increasing forays into its computational photography, which is called the Smart Photo mode. When you flip on the Smart Photo, the drone will then do a quick scene analysis and use its machine intelligence algorithm in order to choose between a few photo modes.

There's actually a certain scene recognition mode in which the drone sets up the camera to best capture one of the many scenarios you're most likely to encounter with drone photography in general, including sunsets, blue skies, snow, grass, and even trees. This unmanned aerial vehicle seems to be doing just great!

Another Smart Photo mode is called the Hyperlight and it handles low-light situations. From taking a look at the DJI Mavic Air's promo materials, it is seen that an HDR photography mode has been specifically optimized for certain low-light scenes.

The drone purportedly cuts through the noise and produces highly detailed images. The final smart mode is called the HDR, which takes many images in a fast pace, then combines the elements in order to create a final image with a much higher dynamic range.

It seems like this 60fps 4K video with a 34 minute flight time drone has started to gain attention and even Wired has declared the DJI Mavic Air 2 as amongst their favorite drones of all time. Aside from its specs, it seems like the $799 price tag is not too bad.

Read Also: Ex-Developer from Sony Says that the Xbox Series X is much Better than the PS5: Teraflops Comparison

Frontliners against the coronavirus risk their lives in the fight to save others, these drones show the appreciation of the American people for the bravery they show.

DJI Spark is the smallest and cheapest drone controlled by hand’s gestures for only $499.