[Video] Spirited Away's No Face Cosplay in Animal Crossing: New Horizon? Learn How to Do the Exact Same thing and Even More 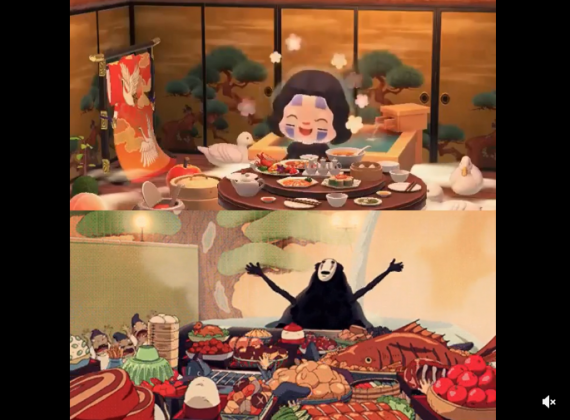 Spirited Away's No Face Cosplay in Animal Crossing: New Horizon? Learn How to Do the Exact Same thing and Even More (Photo : Screenshot From Reddit Official Website)

During this time of the ongoing pandemic, people are advised to stay indoors in and although it started out like a fun thing for everyone, later on, it gets harder to find things to do. Most people have started to turn to video games as a source of entertainment during this ongoing pandemic and it seems like there's a particular game that likes to stand out amongst the rest.

Check out Animal Crossing: New Horizons on the Nintendo Switch if you haven't heard of it yet. The game offers a lot of similar to life activities which are riddled with fun for the players and as most events have been cancelled, some people have started to host in-game events like weddings, graduations, and many other gatherings.

The game is a fun way to interact with friends and let out those creative juices that might have become dormant during the whole pandemic period. A certain post on Reddit shows a character in the game that cosplayed as the classic anime Spirited Away's very own iconic character, No Face!

The clever cosplaying character seems to have makeup on that copies No Face's look and although this is a simple thing to do, you have to admit that it is still pretty creative. The specific scene that the character copies is when No Face was eating and being served at the bathhouse with food left and right.

Animal Crossing: New Horizons may not offer too many customizations but this one definitely tops the book. The resemblance is just too cute and the fact that someone thought of doing this might make you want to do the same.

If you're keen on doing the exact same cosplay, you really won't need much! In fact, you'll only need to buy one major thing then customize the rest! Spirited Away is a great reference for this cosplay but what if you thought of something else?

How to achieve this cosplay

This cosplay is actually not that hard to achieve, in fact, according to a comment on the exact Reddit post, all you'll really have to do is get yourself an imperial dining table while designing the room in an oriental way!

Of course, you'll then have to customize your makeup as well as clothing but aside from that, there's really not much more to it! The cute cosplay is a result of proper planning and a whole lot of creativity.

If you're planning to do more than this, you better check out the game on the Nintendo Switch!

How to cosplay other characters

There are only four things you have to meticulously watch out for if you want to imitate an exact image.

Make sure you have the right background fitting for the replication.

Make sure the right items are in place.

Make sure to properly customize your character as the subject of that cosplay.

Last but not the least, make sure to take the picture at the right angle on your Nintendo Switch.

Remember Nook Stop in Animal crossing? Turns out it's not actually random!

Get downloading now before Nintendo takes down all sources for the unofficial Super Mario 64 PC port series.