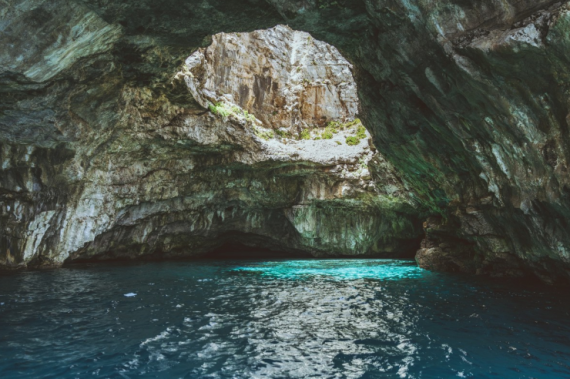 [Drone Video] Amazing Heart-Shaped Sinkhole is Looking for a Name: Be the One to Name This Beaty and Get $8,400 and a Lifetime Free Admission (Photo : Screenshot From Pxhere Official Website)

A recent drone video has been able to capture some "out of this world" footage of a peculiarly shaped sinkhole located somewhere in China. The sinkhole found was in the shape of a heart and has been discovered somewhere deep in the southern mountains of this country.

What makes this sinkhole quite odd is the fact that it is shaped like a heart when most sinkholes are usually just shaped like a circle. The surreal sight resembles a heart so perfectly that it's hard to say that this was pure nature and was in no way man-made.

The stunning drone footage showcases the amazing cavern that is filled with turquoise colored water in the Maoyanhe scenic spot located in Zhangjiajie over at the Hunan Province. The management responsible for this amazing tourist attraction has even launched a competition to give a name for this unusual geographical feature.

The discovery of the sinkhole

The sinkhole was not actually an intentional discovery and even came to light just by accident. This amazing sight was discovered by accident when a group of amateur photographers was just trying to take good footage of the mountains with the use of drones.

Although not yet considered the official name of this amazing discovery, the photographers have already given it a nickname. The nickname "angel's tear" was given by the photographers as a temporary way to point it out without having to explain everything in lengthy detail.

The sinkhole was discovered to be part of the limestone mountain which is located near the town of Maoyanhe. The lake is said to cover roughly 300 square meters and is located somewhere connecting to the Maoyan River through certain underground streams in China.

The search for the final name

Finally, the staff of this amazing spot is still on the hunt for the "most suitable" name for this existing sinkhole through the naming competition. It would be really nice to not only contribute to science but also have the pride of being able to supply a name for one of the most beautiful sights on earth.

On top of that, the winner will even receive a cash prize of $8,400 along with a life-long free admission to this amazing site, according to the statement. This may not be too big of an amount for some people but the mere fact that you will be able to go there for free within your lifetime is amazing!

The contest is currently being held through Maoyanhe's official account you can find on WeChat, a popular social media platform in China. This drone discovery has resulted in an amazing new tourist attraction that could potentially be a go-to paradise in the distant future when tourism booms once again.

Currently, tourism is a bit crippled because of the ongoing pandemic but when it becomes safe to travel, this amazing sinkhole might even become a future tourist destination.

Frontliners against the coronavirus risk their lives in the fight to save others, these drones show the appreciation of the American people for the bravery they show.

A Second Home Could Potentially Have Been Discovered By Nasa; How Is It Different From Our Earth?

The institute's retired Kepler Space Telescope has led to the discovery of a possible Earth-like exoplanet 'Kepler-1649c'. What does this mean for space travel?