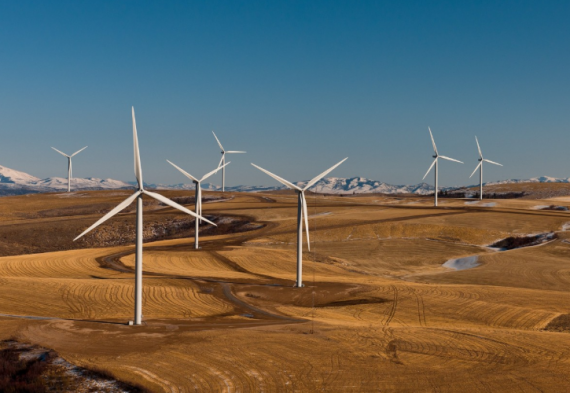 The state of New York's very own Public Service Commission (or PSC) has previously authorized the New York Energy Research and Development Authority otherwise known as Nyserda in order for them to issue a very new offshore wind power solicitation for at least a minimum of 1GW all the way up to 2.5GW.

The energy regulator has actually been planned to issue this specific tender, which would actually be by far the largest offshore wind power auction in the United States to date, this coming summer according to a certain petition that was previously filed with the PSC.

Although the plans were good and the time was set, Nyserda has reportedly suspended its upcoming plans to hold the auction indefinitely as the government agencies look towards prioritizing New York's very own response to the strong ongoing coronavirus pandemic.

New York to date has the highest recorded number of cases along with casualties in the entire United States, according to the reports presented by a certain company that specializes on statistics, Worldmeter.

Offshore wind power and its auction

Windpower Monthly has previously asked Nyserda for a confirmation. During the previous filing with state regulators back in January, Nyserda actually argued that the act of holding this auction would even help developers do better "capture rapidly falling costs."

Developers that are beginning their construction or have invested 5% total project costs reaching the end of 2020 would then qualify for an 18% of the soon expiring investment tax credit or ITC, according to Nyserda.

Renewable energy is definitely one of the key elements to long term sustainability and in order to properly supply the public with enough power, the city must look towards reliable sources of renewable energy.

Electricity is now a necessity and without it, most people won't be able to work and certain machineries would not even be able to function. The loss of electricity could possibly cause complete chaos in the city and the entire United States.

What are the upcoming plans for finding renewable energy?

New York currently has a goal of being able to build a strong 9GW of offshore wind power by the year 2035. Currently, the city has already been awarded with different contracts for a total of 1.7GW projects including Equinor's very own 816MW Empire Wind along with Ørsted's very own 880MW Sunrise Wind.

The total budget for the state's very own first offshore wind tender that was held back in 2019, according to Nyserda, has reached a total of $90 USD/MWh as the average price that was awarded which was actually a surprising 40% below its existing expectations.

Renewable energy is understood by most people as the key to the future by being able to provide the amount of electricity in order to keep civilization functional, while saving the environment and not deplete its resources at the same time.

Nuclear Hibernation: Fusion Reactor Collects Heat As It Sleeps And Becomes Ready To Wake Up After 30 Years

Could Nuclear Fusion provide the much-coveted unlimited artificial energy source the world sorely needs? The ITER might be the answer to the age-old question

Engineers have recently been able to invent a type of hydrogel material that can turn excess heat from overheating gadgets into electricity!

According to the ABC News Chief Investigative Head, there are 42 cases of parked BMW cars that caught fire for unknown reasons. On the other hand, there are 4.9 million BMWs on US roads that are involved in fire accidents.

With the unsecured data, hackers and cyber criminals can easily get full access on New York Airport' network. This would create an unprecedented chaos extremely difficult to solve by the authorities.

Protesters and demonstrators piled up in the streets of U.S. against the Trump Administration.