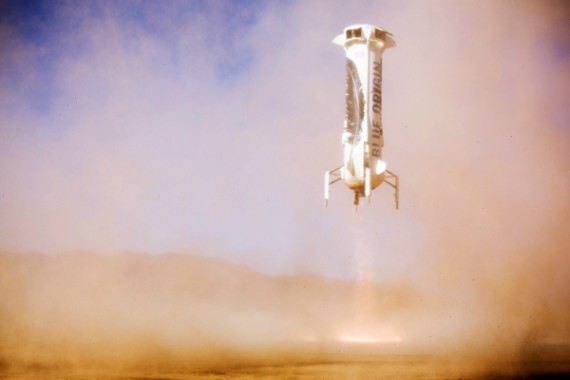 Amid the coronavirus pandemic, NASA has been going all-out for its future space missions. The space agency has recently chosen three private space companies to work together for the development of its Lunar Landers that are planned to bring astronauts to the Moon.

The companies that were selected are Elon Musk's SpaceX, CEO of Amazon Jeff Bezo's Blue Origin, and IT company Dynetics. The three agencies will work together to manufacture the landers that will be used by astronauts for future Moon missions, NASA announced Thursday.

A grand endeavor in space

The spacecraft will deliver the astronauts from the lunar orbit to the surface of the Moon and back. NASA has given each a sizeable contract worth $579 million for Blue Origin, $135 million for SpaceX, and $253 million for Dynetics.

Each company will use the finances in undertaking the necessary steps towards the endeavor. It will cover the next ten months as they try to overthrow each other in a race for number one.

NASA has previously stated how it wants its spacecraft to be designed like, and it has now delved into working with smaller space agencies who are at the forefront of the space race with their brand-new and innovative productions.

.Jim Bridenstine, a NASA administrator, said that the three chosen companies show a lot of potential for success in the road to the Moon.

The three are now in direct competition with each other to see who will be the first to bring their previous proposals into reality. Each of the projects is unique and very distinct in comparison to one another.

The path Blue Origin has taken is the utilization of a three-stage lander. The spacecraft will detach its landing engines upon leaving the Moon's surface to reduce the payload that it needs to carry.

SpaceX, on the other hand, plans on using its general-purpose 'Starship' spacecraft, which is a Super Heavy rocket that features a reusability mechanic designed to carry the payload to Earth's orbit and other cosmic bodies such as Mars.

The third contender Dynetics is going with a lander that could be fitted and launched on any rocket for ease of use.

The associate administrator of NASA's human exploration and operations mission directorate Doug Loverro stated the leading agencies in the space race were chosen to work with NASA. He also said they only need one last piece to send astronauts to the Moon successfully, and once they have it, the mission will move forward.

The endeavor is the first time since the 1960s and 1970s that astronauts have gone to the Moon.

The upcoming program is named the Artemis Mission, which was called after the Goddess Apollo's twin sister depicting its relationship to the historic event. The project aims to bring the first-ever woman onto the Moon by 2024, along with the next man on the Moon.

The project came four years earlier than what was initially planned. NASA originally planned to build the 'Gateway,' which is a lunar space station. Astronauts would initially dock at the space station before transferring to a lander and roaming around the surface.

Vice-president Mike Pence ordered NASA to accelerate its programs by four years in what is considered to be a political move to coincide the landing with the end of Donald Trump's term as president.

To meet the demand, NASA it was to set aside the 'Gateway' mission in favor of the lunar landing, which will, later on, develop to become the sustainable lunar program planned for 2028 in collaboration with the European Space Agency (ESA) and Japan Aerospace Exploration Agency (JAXA).

Bridenstine spoke with politicians and received unanimous support for the endeavor but was told to garner the approval of Congress the budget increase of approximately $3 billion this coming 2021 to support the lunar landing with a previous budget of $22.6 billion.

Read Also: NASA Arms Its Astronauts With Lunar Flashlight To Search For Water On The Moon During Artemis Mission's Extended Stay

How Elon Musk Celebrated His 49th Birthday: Fun Facts About the Billionaire

Did you know that Elon Musk made his own private school?