Black holes are mostly seen as powerful and predatory cosmic beings that feast on anything that goes near them. Two black holes, however, have shown they have a potential for beauty and coordination by performing a space dance that was caught by NASA's Spitzer telescope.

The event has led astronomers to test the significant effects of Einstein's theories by observing the way the two black holes move around each other. One of the performers is a massive black hole with a weight of approximately 18 billion times the mass of our Sun, while the other, more agile black hole, 'only' weights at a relatively light 150 million times our Sun's mass.

A beautiful symphony in space

Scientists were able to observe the movements of the cosmic predators and predict them accurately. They did it by taking into consideration the warping effects the black holes have on space-time and assuming the bigger one had a smooth surface.

The pair of black holes are called OJ 287 and are located at about 3.5 billion light-years away from Earth.

The location was first speculated to house an event due to the sudden surge of brightness that it emits twice every twelve years. The shine is so bright that it equates to one trillion of our suns being turned on at the same time.

The theorized process behind the event is where the smaller black hole routinely spirals around the more prominent black hole and crashes into the shroud of gas and dust that surrounds the larger companion, thereby heating the mix into a marvelous spectacle of heat and light.

The pattern is relatively constant, although there are spikes of inconsistencies now and then as the flares of light sometimes have one-year intervals, and sometimes they take ten years to occur again.

The deviation is thought to be a consequence of the complexity of the small black hole's pattern around its companion, which the team of scientists has now built a model for.

University of Turku's professor Mauri Valtonen explained that the small black hole's orbit precesses which leads to different times of impact with the clouds. The professor also said back in 1996, there was already a model that predicted the event to an extent, similar to the one they have, but it was only improved upon recently and made more accurate.

The updated model shows the energy that is radiating away from the system as gravitational waves, which are generated by accelerating bodies. In the massive scale of OJ 287, the waves provide considerable effects on how it operates.

Last year in July, the latest model was tested and was able to accurately predict the outburst of light up to a 2.5 hour time difference to what was observed.

Read Also: Black Hole Feasts On White Dwarf; X-rays Show It Sucks Up All The Gases And Keeps The Star Close To Feed On

The tech behind the accomplishment

NASA's Spitzer telescope was the one that monitored the event and was fortunate enough to capture it as ground-based facilities were hindered by the positions of the Earth and Sun, which blocked their vision of OJ 287. 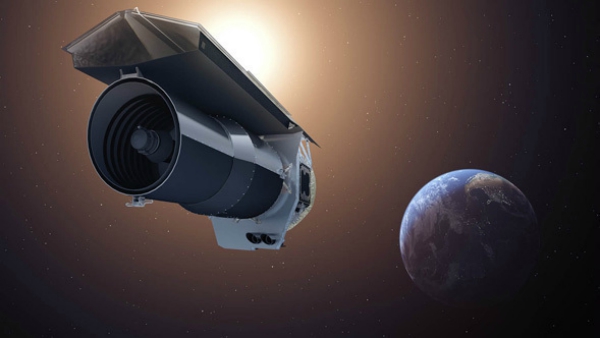 The telescope's position, however, gave it the perfect opportunity and location to capture the primal dance.

Staff scientist at Caltech Dr. Seppo Laine expressed his surprise when OJ 287 first became visible just as the first burst of light was predicted to happen. He also said that Spitzer was the only equipment capable of capturing the moment at the given time.

Experts revised another part of the model by folding in details regarding the more massive black hole's physical traits and, more specifically, its rotation.

Stephen Hawking, along with other scientists, developed the "no-hair" theorem of black holes, which states that the 'event horizon,' which is the black hole's surface, is smooth and symmetrical.

Black Hole OJ 287 is currently the best support for the theorem as it shows the accuracy of the theory put into practice.

Tata Institute of Fundamental Research, India professor Achamveedu Gopakumar along with his graduate student Lankeswar Dey, worked together on a gravitational-wave add-on to the model.

Experts predict the next flares to occur in 2022, 2033, and then in 2034. The Astrophysical Journal Letters detail the observations made by the Spitzer telescope.