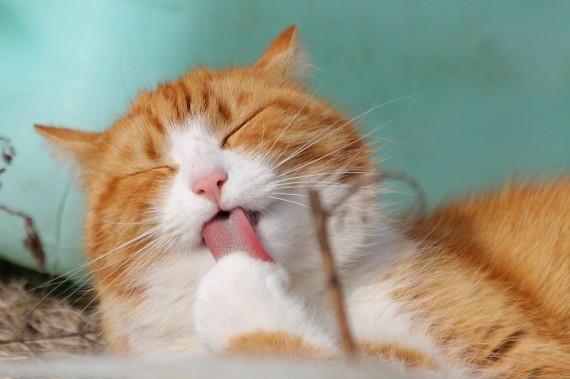 Amid the coronavirus pandemic that has caused the lockdown for the majority of the world's population, some are continuing their work, albeit at home, using the internet as a means of communication between employees and employers.

The stay-at-home life is mostly a private thing for us, but this new workstyle has started to show who people are when they're at home. This was mainly the case for California Commissioner Chris Platzer, who was in a Zoom meeting with his team and was caught to have thrown his cat and drinking liquor.

A little backstory to the incident

The meeting was about planning for the city of Vallejo, California, and witnesses of the incident shared the official was allegedly drinking a bottle of beer during the call, but that's not all.

The Commissioner was being asked questions when his feline pet can be heard purring in the background. He casually picks it up and introduces it to the crew and immediately throwing it aside like a rag doll with a loud thud. The cat's condition was not known to the viewers as it was not shown again, although the animals are known for landing on their feet. This does not, however, condone the irresponsible act of merely throwing one away.

The members of the call showed mixed responses to the official's actions, where some could be heard laughing, and some are shaken and in awe. One of the viewers could be seen placing his head in his hands in embarrassment.

When the members were all and done with after the call, the Platzer, who was still on the line, muttered the words "I'm going to call bull**** on you little bull*****."

Read Also: [Watch] A Beautiful Tribute Of Lights As 150 Drones Show Their Love And Support To All Frontliners Battling The Coronavirus Pandemic

The necessary steps for moving forward

The city of Vallejo shared on Instagram they placed an action item on the list of the April 28 City Council Meeting agenda at the request of Mayor Sampayan and Council Member McConnell. The call was for the immediate removal of Platzer from the Planning Commission in the wake of his actions and derogatory remarks.

View this post on Instagram
During the April 20 Vallejo Planning Commission meeting, one of the City’s Planning Commissioners, Chris Platzer, was seen exhibiting behavior that does not model the core values of the City of Vallejo. At the request of Mayor Sampayan and Councilmember McConnell, an action item was placed on the April 28 City Council Meeting agenda that called for the immediate removal of Platzer from the Planning Commission. As of this afternoon, the City has received a formal resignation from Commissioner Platzer citing his behavior as not “…befitting of a planning commissioner…,” closing with an apology for any “harm he may have inflicted” through his actions. Many concerned citizens have reached out to both the City and the County with fears for the welfare of Mr. Platzer’s cat, seen in the April 20 video meeting. The City of Vallejo contracts with the Solano County Sheriff’s Office for Animal Control services including animal welfare investigations. The Sheriff's Office will take the lead in conducting an animal welfare investigation. A post shared by  City of Vallejo (@cityofvallejo) on Apr 27, 2020 at 9:02pm PDT

Commissioner Platzer has since been forced to resign and apologized for his actions and words and whatever harm they may have inflicted on anyone or to any creature.

Instagram users flooded in with concerns for the well-being of the cat that was thrown amid the conversation. At the same time, some stated their worry that the Commissioner might have taken the news too negatively, and the feline is at risk of being on the receiving end of the grievance. Some users called for the arrest of Platzer for animal cruelty.

In the wake of the calls, the Solano County Sheriff's Office will begin an animal welfare investigation looking into the affairs that led Commissioner Platzer to throw his feline friend.

The list of planning commission members has already placed a vacancy on their website come Tuesday morning after the removal of Platzer from the team. The official, on the other hand, could not be reached on any of the contact numbers listed for him.

Read Also: Not Coronavirus: Life of Pi, Slumdow Millionaire, and Jurassic Park Star Irrfan Khan Dies But Not From the Pandemic: Find Out More