Eta Aquarids 2020: Watch Out for the Meteor Shower to Happen 11:00 Tonight; Here's How to Spot 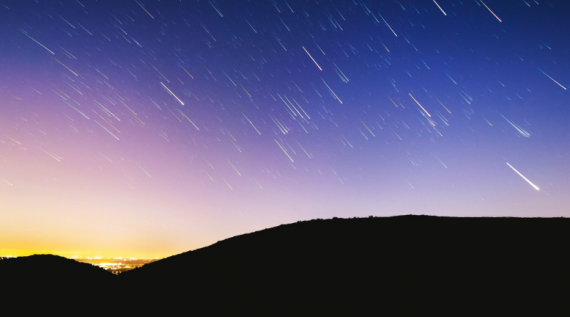 Watch Out for the Meteor Shower to Happen 11:00 pm EDT: Here's How to Spot the Eta Aquarids (Photo : Screenshot From Pxhere Official Website)

Another meteor shower is coming after a while of the skies being silent. The meteor shower can be seen on the eastern horizon before dawn.

What time is the meteor shower tonight?

Sadly, for those in the United States, this meteor shower will hardly be visible. You will be able to find Eta Aquarid looking east from London at 11:00 pm EDT or 4:00 am BST on May 5.

Although meteor showers are oftentimes very visible, the low altitude light given by the moon will make it a bit challenging to observe. You might have to take out a very powerful telescope for this one.

Those who are watching can expect about 10 meteors to be seen in an hour. This is the maximum amount to be seen once their eyes have already adapted to the dark.

Most meteor showers usually last about 20 to 40 minutes which means that the Eta Aquarids might last just the same.

Those located in the southern hemisphere should be able to see this meteor shower much better than those located elsewhere. The radiant stays higher in the sky, and this could potentially double the number of those visible meteors.

Another thing common with meteor showers, the Eta Aquarids are composed of dust grains that used to be located in the tail of the comet.

Read Also: Astronomers Capture Stunning Photos of How Planets are Formed by Discs of Dust and Gas Rotating Around a Young Star

Halley's comet is still a great topic of discussion when it comes to the world of meteors. Meteor showers rarely come by which is why they are most often treasured by their viewers.

In fact, some people live their whole life without even being able to see even one meteor shower happen in their lifetime. Halley's comet, for example, only comes by earth every 75-76 years at a time.

Read Also: NASA Aims to Use "Nanocardboard" Paper Planes to Collect Evidence of Life on Mars! Will This Sandwich Structure Succeed?

If you saw Halley's comet once in your life, it would be hard to see it again due to the wide range between its visits.

Halley's comet is one of the stronger meteor showers out there because it is visible to the naked eye. This is extremely rare for most extraterrestrial events.

Some people are lucky to catch Halley's comet twice in their lifetime. This happens either to those who live longer or those who have seen it when they were very young.

Astronomical sights are a rare sight to see but they do remind humanity of NASA's work and space in general. Humanity still tries to understand the solar system ever since earlier years.

Historically, astronomers already existed and were giving astronomical contributions that are still used this very day.

How to Track an iPhone in 2020 Within Minutes?