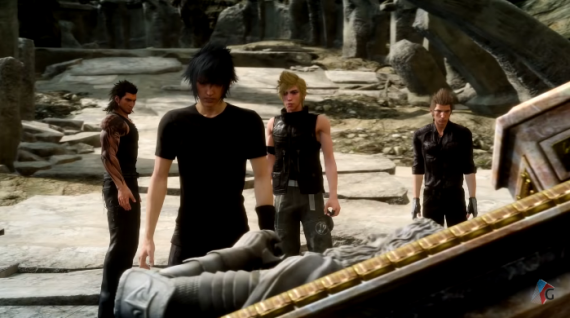 The gameplay is also very entertaining as players battle their way through harsh challenges to bring Noctis where he deserves to be. The character development is also very interesting as Noctis himself changes looks throughout the game.

The game is pretty challenging and it still takes skill to master just like other Final Fantasy games created by Square Enix. One thing that is very time-consuming is how your character needs to travel from one place to another.

Sprinting is a great way to get from one place to another in a short amount of time but there you cannot always use sprint because of your limited stamina. Or can you?

How to activate the infinite sprint feature

There is a limitation to your sprinting because of the stamina bar that slowly drains when you run. Emptying your stamina bar results to your character moving extra-slow for a few seconds while the bar recharges.

What if there was a secret to bypass this? Being able to activate the infinite sprint feature allows you to cover more ground faster than ever. This also lets your character get to where they need to be much faster.

The infinite sprint feature actually means that your stamina instantly refills with a secret technique. First of all, you need to keep the circle button pressed until you are almost out of stamina.

When you reach the point that there's just a silver left, release the button, wait for a short while, then press it again! This way, Noctis suddenly darts forward in a fast burst while your stamina immediately refills.

If you apply small techniques to Final Fantasy XV, you might just reap better gameplay with the small additional changes. This feature alone saves you a lot of time where you can spend on other necessary actions.

Most games by Square Enix like the Final Fantasy series last really long meaning players need to render a larger amount of time in order for them to properly play the game.

The storyline also makes everything even more interesting topping the awesome strategy based combat mode. This is one of Square Enix's natural advantages since they used the turn-based strategy really early.

The video game industry previously used a very linear approach to strategy games but Square Enix was able to invent something that fused strategy and action together. The interesting combination gave birth to the famous Final Fantasy gameplay.

Final Fantasy XV is no exception. The game uses the famous Square Enix turn-based strategy except for this time, a more modern version of it.

Read Also: Learn How to Get 15,000 XP in Fortnite Easily: Disarm the Gnomes and Teddies Challenge

[Cheats] How to Get Unlimited HP and MP in Final Fantasy XV: Infinite and Fast Regeneration

If you've been having a hard time getting past some levels in Final Fantasy XV by Square Enix, this cheat might solve your problems!

Trials of Mana Guide: What You Need To Know To Complete The Game And Experience The Whole Story

Having a touch time with Trials of Mana? Read on to figure out what you should prioritize on your journey!

If you've ever been wondering how to defeat Darkside and Rufus Shinra in Final Fantasy 7 remake, you're in luck! This guide will show you that it's not too hard to beat the boss.