Elon Musk's Neuralink Company Works To Bring Brain Chips Within A Year; Could AI Be In The Process Of Joining Real Humans? 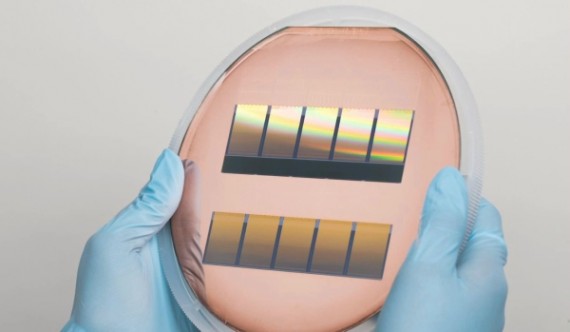 Elon Musk is a visionary, and he makes sure that all his companies have the same trait. His company, Neuralink, is now set to bring a set of brain implants that will cure major neural diseases.

This comes in part with Musk's dream of combining flesh and machine in a daring attempt to have humans surpass artificial intelligence on nay generation.

The CEO was recently interviewed on a podcast by Joe Rogan, where Neuralink will reportedly have its product ready in less than a year.

The company was established in 2016 and in the works of designing tiny and flexible thread-like wires that are a tenth of the width of human hair. The devices were created to cure brain injuries an trauma.

Elon also said that the technology might very well develop into a full brain interface within the next 25 years that would lead to the mix of the human brain and AI technology.

The CEO revealed that human trials are not yet being conducted, but he believes they're coming soon. Musk told the podcaster that they might be able to place a neural implant onto a human host within the year.

Neuralink has reportedly improved upon its original design of the implant, as shared by the CEO on Twitter last February. The post has Musk telling people to stay tuned to see the next version and how it differs from what was presented in the previous year.

Wait until you see the next version vs what was presented last year. It’s *awesome*. — Elon Musk (@elonmusk) February 3, 2020

The podcast focused on Elon Musk sharing the design and implementations of the implant and how it could be placed onto a human brain.

The device is approximately one inch in diameter and is implanted by replacing a small portion of the host's skull.

A small robot connects the thread-like electrodes to specific areas of the brain. Once inserted and the wound patched up, the only obvious thing that's left is the scar of the operation.

Read Also: [Video] Embodied's Moxie Is A New Interactive Robot That Understands Emotion and Speech: Would You Buy it for $1,499?

Musk also explained the technicalities of the device and how it helps to cure and restore lost bodily functions that are related to the brain.

The implant contains only a slight risk of rejection, as answered by Musk, after he was asked if there were any consequences or repercussions to the process.

Curing ailments isn't the only thing the device will be suitable for; it could also change human interaction as a whole.

A future of man and machine

The visionary sees the technology enabling humans to communicate without the need to talk and only use the implants in their brains as AI symbioses with the human brain.

The CEO believes this path is where AI will get better and better and that humans are being outpaced or just "too dumb."

Musk quoted the famous phrase, "If you can't beat them, join them." As he stated, there is already a cyborg among us, to a degree. He also explained the current dependence on technology whereby if you lose or forget your phone, you'd feel like you lost a limb and suffer significantly in terms of efficiency.

Elon looks towards a future where humans are entangled with machines within the next 25 years, speeding up the processes that the human brain can sometimes take some time to work on.

Read Also: Tech Reporter Advises Against the Use of Nightmare Robot Dog to Help Frontliners: Suggests there are Other Existing Alternatives

Both Elon Musk and Grimes have recently changed their baby's name "X Æ A-12" into something very similar.