Whenever a new main Pokemon game releases, the developer Game Freak adds in legendary Pokemon to the game that they use as the face of those new games. In the latest mainline installments, Pokemon Sword and Shield, the Legendary Pokemon are Zacian and Zamazenta. 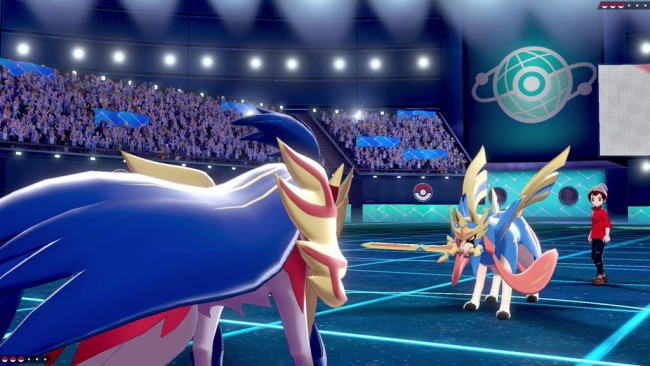 Zacian and Zamazenta brought a new style of storytelling with them when you consider how previous Legendary Pokemon were in previous installments. The storytelling shift they had should be the norm in future games in the Pokemon series.

Legendary Pokemon Are Gods No More

These Legendary Pokemon were beings with significant power. In the Pokemon world, they had grand overarching roles throughout it.

The roles the Legendary Pokemon had were more than being a trainer's Pokemon to be used when battling against others. A great example of this is Mew, which you can get in Sword and Shield, from the first generation of Pokemon games.

Mew is the ancestor of every modern Pokemon. That is why they can use any move, which is extremely powerful.

As new games were released, the Legendary Pokemon in the games started to grow in power, and they gained more pivotal roles in the world's story.

The trainer could catch the Pokemon God in a Pokeball when you get into the fourth generation of games. You might think that's impossible, but it is very much possible. This Reddit post from last year shows this is at least somewhat likely.

But once you catch the Pokemon God, what could be more powerful than them?

What Makes Zacian and Zamazenta Unique?

Game Freak seems to have thought up a solution to this problem. Well, at least for their latest Pokemon titles Pokemon Sword and Shield.

The Legendary Dog Duo is still connected to Galar's history. They weren't anything like a god or deity of any kind. Zacian and Zamazenta were only thought of as heroes since they helped save the Galar region before disappearing.

Game Freak moved away from the pantheon of Pokemon, which made the Legendary Pokemon slightly more believable. No one would believe a kid could catch a god using some tiny Pokemon and over a hundred Pokeballs.

The two Legendary Pokemon of Pokemon Sword and Shield is one of, if not, the most creatively written Legendary Pokemon that have come out in a long time. It's all because of how disconnected their story is from the grand scheme of the Pokemon world and how they're focused on the Galar region.

Hopefully, in future games, Legendary Pokemon will be contained within their home region or any neighboring ones to have their stories tie into the story of the players.