The Joker's fight against Batman is coming to a climax, and his war chest contains more than anyone could have anticipated. DC Comics shelves will have the Joker War event coming to them soon when the 95th issue of Batman comes out. Batman's 65th issue will involve the Joker declaring an ultimate city-wide battle over control of Gotham. 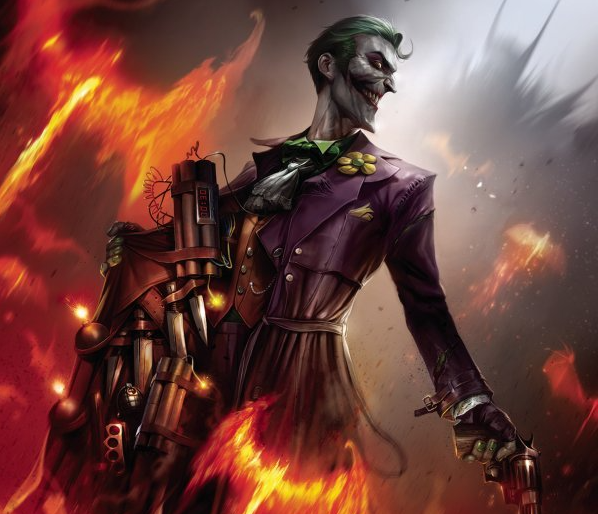 Over his decades-long reign, this popular criminal mastermind has caused tons of mayhem. But this time around, he's planning to do something bigger than ever before. This plan is possible because he has more than enough resources to pull this off.

This latest storyline in the Batman universe, with Guillem March behind the art and James Tynion IV responsible for writing, has a new villain pulling the strings named Designer.

What Lead To The Joker Gaining The Funding?

Many years ago, the greatest villains of Batman were roped into a consultancy session by the Designer so that they could work together to come up with their plans to make them the greatest ever,

The plans that they worked together to think up are now finally coming to fruition, even if they aren't active anymore. Catwoman has a plan to steal billions of dollars from the Wayne family. However, Batman and Catwoman, who is now reformed, have been put up against the underworld of Gotham who is still going through with the plans of the Designer.

A one-shot comic from DC has been announced, which ties into the Joker War event. It will be called Joker War Zone, and it will feature stories that take place in Gotham City.

Read Also: [Spoilers] Tom Ellis Closed A Deal As TV Show Lucifer's Main Character: Who Else Are Coming for the Sixth Season??

What's Going To Happen To The Batman And Gotham City?

The announcement from DC mentioned that Gotham City will be the battleground when the Wayne family's wealth is taken over by the Joker. The Dark Night and his allies will have to defend themselves against the Joker and the Gotham underground.

The buildup with various groups trying to take over the Wayne fortune has come to an unexpected twist. The Joker has taken the inheritance to himself. The beginning of this plotline has been coming together in the newest Batman issues' pages.

Millions upon millions have been invested by Bruce Wayne into the infrastructure, the justice system, and the social programs of Gotham. But what if all that money went the opposite way? What if the money went into taking Gotham City down?

You'll be able to find out what happens yourself on September 29th of this year when the 1st issue of Joker War Zone is released.

Read Also: [BIG REVEAL] The Director of Wonder Woman 1984 Turned Down Directing The Justice League, But Why Did She?