Speculations say that AMD is going to release their Big Navi within a couple of months, which will have the flagship Radeon RX 6900 XT for their upcoming Radeon RX 6000 series. 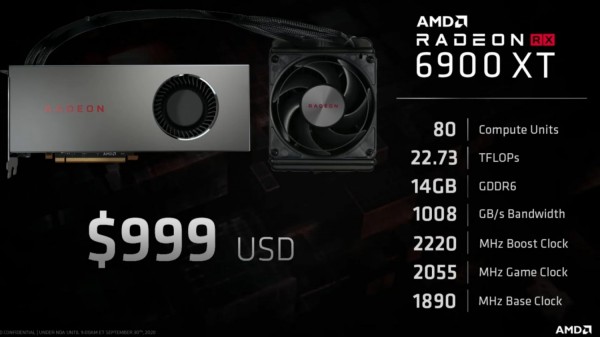 (Photo : The leaker who fabricated these slides)

What Does The Leak Say About The Radeon RX 6900 XT?

The leaked specs say that the Radeon RX 6900 XT will have 80 compute units that offer 22.7 TFLOPs of computer performance while having a whopping 14 GB of GDDR6 memory.

These leaked slides say that you will have to pay $999 for the Radeon RX 6900 XT, which is more than double the price of anything from the RX 5000 series.

There is an RXRT referred to in the slides that seem to be the ray tracing that AMD will use, but that's not true. Their games' ray tracing is powered by Microsoft DXR and not whatever RXRT is.

What Proves That The Leak Is Fake? 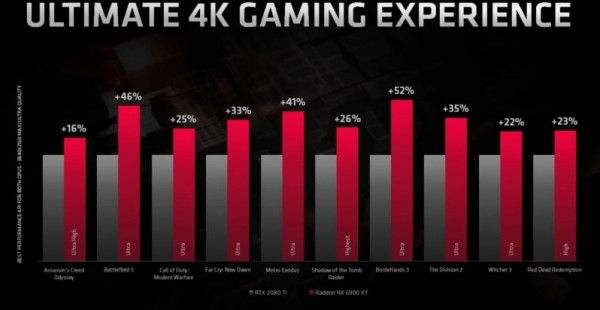 (Photo : The leaker who fabricated these slides)

The person who fabricated the leak mashed this picture of the Radeon RX 6900 XT together. According to AdoredTV, the liquid radiator and pipes come from the Vega 64 Liquid picture. It has the same shadows in the picture, even the fan blades are the same.

The AdoredTV team states that the radiator's shadows show that the light is blasting light from 11 o'clock, while the shadows on the blower fan's hub have the light source coming from 9 o'clock. So this shows us that the blower fan's hub was pasted on from a picture of a Radeon 5700 non-XT version. It looks like they had to use two different pictures of a Radeon 5700 non-XT and combined it with a picture of the Radeon RX Vega 64 LCE.

The fabricated leak's maker wanted to make it believable, but they failed miserably. They must feel defeated seeing all the flak they're getting.