The Last Of Us Part II is the next installment of a renowned series, and fans are eager to get into the game as soon as they can without having to wait a long time for a download to hinder their gameplay. 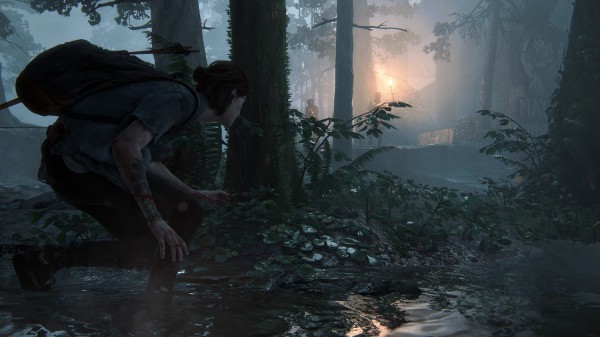 Unfortunately, there have been changes to the download speeds from PlayStation Network. The speeds are worrying many Last Of Us fans on how long they would have to wait for the game to download.

Recent releases that have to take up a substantial amount of storage space like Red Dead Redemption 2 and Final Fantasy VII Remake, The Last of Us Part II's physical copy is divided into two physical discs since the game requires a whopping 100 GB of free storage space. This storage requirement is a large percentage of the PS4's storage, which you might think would take a few hours to download.

Fortunately, tests have revealed that it won't take numerous hours to download the game. It depends partially on these factors:

Which PS4 Model Are You Using?

Are You Using An Ethernet Cable To Connect Your PS4 To The Internet?

When you use a wired connection on your PS4 via an Ethernet cable, your download speeds will significantly increase compared to a regular wireless Wi-Fi connection.

Having a direct connection from your PS4 to your router will provide better stability and it removes the problems you'd get with your connection when there's a distance between your PS4 and modem. You won't have to worry about the signal, how many people are using the Wi-Fi, and etc.

Read Also: The Last of Us 2: Sony's Most Accessible Game by Far with over 60 Features Excite Even Blind Players

Are You Putting Your PS4 In Rest Mode While It's Downloading?

Numerous people have reported that putting your PS4 in Rest Mode will increase the speed of whatever is being downloaded.

If you're planning to leave your PS4 while it's downloading, there's no harm in putting it in Rest Mode so that it can download it even slightly faster.

Are You Trying To Download Something During Peak Times?

If many people are trying to download the update to the game all at once, then this will cause traffic to build up and it will slow down the download. So, if you're planning to play it as soon as you can, it would be best to do it sooner rather than later.

What's The Game All About?

The Last Of Us Part II is the second game in the Last of Us series, and the game is developed by Naughty Dog as an exclusive to the PlayStation 4. This second installment in the series is set half a decade after the first game's story. Players will control Ellie, who is now 19 years old, as she deals with a dangerous cult.

After almost a decade since the first game was released and two delays in the game's development, you can get The Last Of Us Part II right now.